About Zhang Zhongshun
Status:
Detained
About the situation 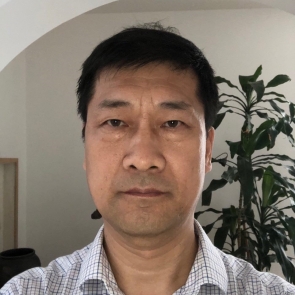 Zhang Zhongshun is a former lecturer at the Yantai University in Shandong. He was arrested in August 2007 after he played footage of the 1989 military crackdown of pro-democracy protests in Beijing while teaching a class. He was convicted and sentenced to three years in prison for “using evil religious organisation to undermine the implementation of the law”. After completing his sentence, he was dismissed by Yantai University and became actively involved in civic activism, including the “same city movement”.

Dai Zhenya is a member of the New Citizens Movement and has campaigned for greater access to government-held information. He has also participated in activities including delivering meals for political dissidents in detention and organising signature campaigns and public fundraising. Ding Jiaxi is a human rights lawyer and a prominent figure within the New Citizens Movement which campaigned for greater transparency among state officials, greater equality within the education system as well as for constitutional government. Li Yingjun has been involved in activism since 2013 and has campaigned to support other human rights defenders in detention or prison. He is also a member of the “same city movement” where activists residing in the same city gathered and dined on a regular basis to discuss activism and government reforms. Zhang Zhongshun is a former lecturer at the Yantai University in Shandong who has been actively involved in civic activism, including the “same city movement”.

Ding Jiaxi, Dai Zhenya and Zhang Zhongshun are now held incommunicado under “residential surveillance in a designated location” (RSDL) per article 75 of the Criminal Procedure Law (as amended in 2018). Ding Jiaxi, Dai Zhenya and Zhang Zhongshun are held on suspicion of “inciting subversion of State power”, a national security offence under the Criminal Law. The legal basis and conditions of Li Yingjun’s detention are not yet confirmed. Under RSDL, detainees can be held in secret for up to six months. While the law requires the police to notify a RSDL detainee’s family about their detention within 24 hours, it does not explicitly require the police to reveal the exact whereabouts of the detainee. The Public Security Bureau of Yantai City has so far notified the lawyers of Ding Jiaxi, Dai Zhenya and Zhang Zhongshun that pursuant to article 39 of the Criminal Procedure Law they are prohibited from meeting their clients on the ground that doing so would “impede the investigation or expose state secrets” as the three are held on suspicion of “endangering national security”.

In August 2018, UN human rights experts wrote to the Chinese government raising concern that the conditions of detention under RSDL “are analogous to incommunicado and secret detention and tantamount to enforced disappearance”, exposing “those subjected to RSDL to the risk of torture and other inhuman and degrading treatment and other human rights violations.”

Front Line Defenders is deeply concerned about the arbitrary and incommunicado detention of Dai Zhenya, Ding Jiaxi, Li Yingjun and Zhang Zhongshun, especially the three of them who are detained on “national security” charges, and the denial of their access to legal counsel of their choice, which significantly raises the risks of torture and ill-treatment in detention. Front Line Defenders believes that their detention is solely motivated by their peaceful and legitimate work in the defence of human rights.