About Oleg Kozlovsky
Status:
Abducted & reportedly tortured
About the Situation

On 15 October 2018, Amnesty International reported that its employee, Oleg Kozlovsky, had been kidnapped and tortured by unidentified assailants in Magas, Ingushetia, on 6 October 2018. At the time of the announcement, the human rights defender and his family had already left the country for safety reasons. 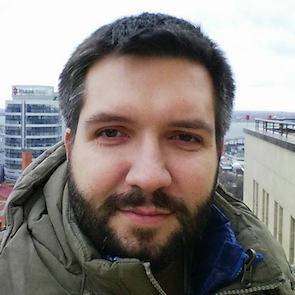 Oleg Kozlovsky has been working in the sphere of human rights for more than eighteen years. The main focus of his work is on civic activism, civil society capacity building and non-violent resistance movements. Oleg Kozlovsky has received the Human Rights Award from Human Rights First and the Ion Ratiu Democracy Award. Lately, he has been working as a researcher for the international human rights organisation Amnesty International.

On 15 October 2018, Amnesty International reported that its employee, Oleg Kozlovsky, had been kidnapped and tortured by unidentified assailants in Magas, Ingushetia, on 6 October 2018. At the time of the announcement, the human rights defender and his family had already left the country for safety reasons.

On 5 October 2018, Oleg Kozlovsky arrived in Magas, the capital of the Republic of Ingushetia, to monitor the protests against a controversial border deal between Ingushetia and neighbouring Chechnya that were taking place the following day. On the evening of 6 October 2018, a young man, unknown to Oleg Kozlovsky, came to his hotel in Magas, and invited him to meet one of the rally organisers. Oleg Kozlovsky followed the man outside and was then taken to a car where two masked men presented themselves to him as officials of the Center for Countering Extremism of the Ministry of Internal Affairs of the Republic of Ingushetia, without showing any documentation. They took away his belongings including his phone and video camera and interrogated him in the car. He was taken outside of the city with his head bent to his knees so that he could not see where they were going.

Oleg Kozlovsky was taken to a field where the assailants stripped him of his clothes, took pictures and videos of him, threatening to make them public and to sexually assault him. According to the human rights defender, they were trying to convince him to cooperate with the Center for Countering Extremism. After he refused to agree, the assailants beat him up, broke his rib and mock-executed him, putting a gun to his head and saying they would shoot him. After multiple mock-executions and threats to kill his children, Oleg Kozlovsky agreed to keep everything that happened to him secret in return for his freedom.

On 7 October 2018, Oleg Kozlovsky managed to come back to Moscow after the assailants left him next to the airport in Vladikavkaz, Republic of North Ossetia-Alania. His phone and camera were never returned to him.