About Nguyen Van Hoa
Status:
Imprisoned
About the situation 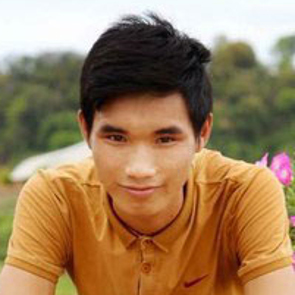 Nguyen Van Hoa is a 22 year old blogger, activist and digital security trainer from Vietnam. He also reports for Radio Free Asia, a media organisation which provides independent news and information to Asian countries whose governments prohibit access to free press. In 2016, the human rights defender shared information online through photos, videos and articles about the Taiwan-owned Formosa Plastics Group’s toxic chemical spill in Ha Tinh Province, Vietnam, one of the country’s worst environmental disasters. He was the first to broadcast live footage of the resulting protests against the government using a flycam drone outside the Formosa Steel Plant in Ha Tinh Province. In October 2016, his footage of more than 10,000 peaceful protesters went viral.

On 27 November 2017, the People’s Court of Ha Tinh Province found Nguyen Van Hoa guilty of producing propaganda against the State under Article 88 of the Penal Code, following a two and a half hour trial, and sentenced him to seven years in prison. In addition, he is to be placed under house arrest for three years after his seven year prison term is complete. The hearing was originally scheduled for 28 November 2017 but was moved forward unexpectedly. Nguyen Van Hoa was not permitted access to an attorney to represent him at the hearing, nor were his family informed of his earlier trial date. State media reported that he had produced videos, photos and articles about the 2016 Formosa Spill for the purposes of “propagating against, distorting and defaming the government”.

On 11 January 2017, Nguyen Van Hoa was initially arrested under Article 258 of the Penal Code, and charged with “abusing democratic freedoms to infringe upon the interests of the state”. In April 2017, these charges were upgraded to the harsher Article 88.

1. Immediately and unconditionally release Nguyen Van Hoa and quash his conviction, as Front Line Defenders believes that he has been targeted solely as a result of his legitimate human rights work;

2. Cease targeting all human rights defenders in Vietnam and guarantee in all circumstances that they are able to carry out their legitimate human rights activities without fear of reprisals and free of all restrictions including judicial harassment.