About Joaquín César Mora Salazar
Status:
Killed
About the situation

On 20 June 2022, human rights defenders and priests Joaquín César Mora Salazar and Javier Campos Morales were shot dead by gunmen, along with another person inside a church in the indigenous community of Cerocahui, Chihuahua state. 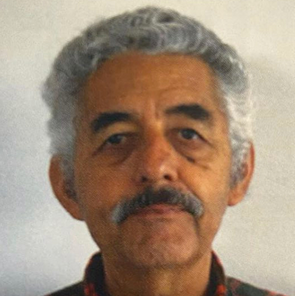 Joaquín César Mora Salazar "El morita" was a Jesuit priest and human rights defender who for more than 30 years was dedicated to the accompaniment of indigenous communities and worked for the rights of indigenous peoples and the most needy in the Sierra Tarahumara. At the time of his murder he was the Vicar Cooperator in Cerocahui, Chihuahua.

On 20 June 2022, human rights defenders and priests Joaquín César Mora Salazar and Javier Campos Morales were shot dead by gunmen, along with another person inside a church in the indigenous community of Cerocahui, Chihuahua state.

On the afternoon of 20 June 2022, human rights defenders Joaquín César Mora Salazar and Javier Campos Morales, along with Pedro Eliodoro, a local tourist guide, were murdered in the church of the community of Cerocahui. The murder occurred after the priests tried to protect Mr. Pedro Elioro who was trying to escape from an armed group and was seeking refuge in the temple. After the murder, the group of armed individuals took the three bodies with them. According to reports from the community of the Company of Jesus, the bodies have now been found and have been formally identified.

The Sierra Tarahumara, like other indigenous regions of the country, finds itself in a violent situation by cause of armed groups, in the context of extreme poverty and historical marginalisation by the country's authorities. In these communities, it is the presence of religious communities that often monitors and brings with them the respect of human rights, which is why they are regularly subjected to attacks and threats by armed groups. They often do not receive adequate protection from the government.

Front Line Defenders strongly condemns the killing of Joaquín César Mora Salazar and Javier Campos Morales, as well as the other victims of the events, as it believes that the defenders were killed in the context of their peaceful and legitimate work in defence of the rights of indigenous peoples. Front Line Defenders reiterates its concern regarding the lack of protection for human rights defenders in Mexico.