About Mohamed Ramadan
Status:
Released
About the Situation 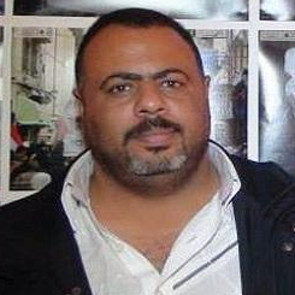 Mohamed Ramadan is a human rights lawyer who previously worked for the Arabic Network for Human Rights Information (ANHRI). His activities include representing victims of torture and providing legal assistance to  human rights defenders and political prisoners.

On 12 April 2017, the Alexandria Criminal Court sentenced human rights lawyer, Mohamed Ramadan, in absentia to ten years in prison, followed by five years under house arrest and a five year ban on using the internet. The sentence came after the human rights defender was falsely accused of several charges, including inciting terrorist activity through social media.

In the court’s decision of 12 April 2017, the Judge found the human rights defender to be guilty of  inciting terrorism by allegedly creating a Facebook page that featured publications and opinions  with the potential to disrupt public order, harming national unity and social peace, and weakening the public’s trust in the ruling regime. The decision also stated that Mohamed Ramadan had allegedly created a second Facebook page that called for terrorist activities. According to Mohamed Ramadan and his lawyers, the case against him has been fabricated as a direct response to his work representing victims of torture by Egyptian police. Evidence used against the human rights defender in court was based on several Facebook posts published on fake Facebook profiles that had been created by a third party to impersonate Mohamed Ramadan without his knowledge or consent. Several witnesses testified against the human rights defender – all but one were representatives of the Egyptian police force. The testimonies used in his conviction included a statement by one of the witnesses saying that they had read a Facebook post by the human rights defender that insulted the Egyptian President and incited opposition to the ruling regime and its institutions.

The decision against Mohamed Ramadan was based on violations of Articles 1, 2, 6, 9, 18, 29(1), and 37 of the Egyptian Counter-terrorism Law – Law 94 of 2015. This law contains a vague and overly broad definition of a “terrorist act” that can be used to effectively criminalise freedom of expression, peaceful assembly and association. The law’s definition of a “terrorist act” includes ‘use of … threat or intimidation… for the purpose of disturbing public order … harm[ing] national unity, social peace, or national security”. He was also charged with preventing the Egyptian authorities from carrying out their work. This is the first court decision in Egypt to prohibit the use of internet as a form of punishment.

Front Line Defenders condemns the sentencing of Mohamed Ramadan as it believes it to be in retaliation to his legitimate and peaceful human rights activities.

1. Immediately and unconditionally quash the sentence against Mohamed Ramadan;

2. Ensure the liberty and security of Mohamed Ramadan and cease all forms of harassment against him;