About Li Zhaoxiu
Status:
Released
About the situation

On 10 February 2020, Li Zhaoxiu was released after completing her sentence of two years and six months. 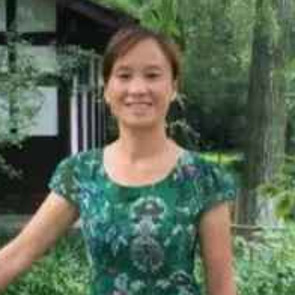 Li Zhaoxiu is a volunteer for 64 Tianwang, a website that tracks human rights violations throughout China. She has also been a representative and advocate for the rights of farmers in Sichuan Province, and has been involved in raising their awareness of land rights and facilitating participation in local elections. Supporters suspect that the defender was targeted for her ongoing campaigning for the release of detained human rights defender, and founder of 64 Tianwang, Huang Qi since his enforced disappearance on 28 November 2016.

On 10 February 2020, Li Zhaoxiu was released after completing her sentence of two years and six months, which was handed down shortly after her arrest in Chengdu, Sichaun province in September 2017.

On 17 September 2017, human rights defender Li Zhaoxiu (李昭秀) was arrested by Chengdu police on the charge of “picking quarrels and provoking troubles”. The defender was arrested at the entrance of the Chengdu Military General Hospital, where she was scheduled to undergo liver surgery.

Li Zhaoxiu is currently suffering from atrophy in the right lobe of her liver as well as gallstones. Upon recommendation from medical staff at the Chengdu No. 5 People’s Hospital, the defender was transferred on the morning of 17 September 2017 to the more advanced Chengdu Military General Hospital. While the defender waited with her husband at the entrance to the hospital, eight Jiaolong Police Station officers arrived and arrested Li Zhaoxiu on suspicion of “picking quarrels and provoking troubles”. They then transported the defender to the Shuangliu Detention Centre.

Front Line Defenders condemns the arrest and charges against Li Zhaoxiu as it believes that she is being held solely as a result of her legitimate and peaceful work in the defence of human rights, including her advocacy for Huang Qi.

1. Immediately and unconditionally release and drop all charges against Li Zhaoxiu;

2. Allow Li Zhaoxiu immediate and unfettered access to her family and lawyers, and ensure that her treatment adheres to the conditions set out in the ‘Body of Principles for the Protection of All Persons under Any Form of Detention or Imprisonment', adopted by UN General Assembly resolution 43/173 of 9 December 1988;

3. Ensure that Li Zhaoxiu has full access to all necessary medical treatment;

4. Cease targeting all human rights defenders in China and guarantee in all circumstances that they are able to carry out their legitimate human rights activities without fear of reprisals and free of all restrictions including judicial harassment.