On 16 October 2016, land rights defender Mr Yimer Chávez Rivera was shot and killed by two unknown men whilst he drove his motorcycle with his wife, Ms Noira Castillo, in La Sierra, El Cauca. Ms Castillo survived the attack but was also injured and remains hospitalised. 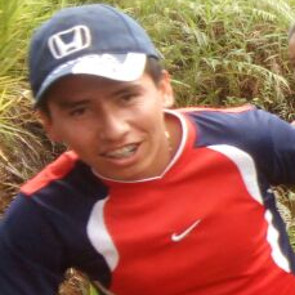 On 16 October 2016, land rights defender Mr Yimer Chávez Rivera was shot and killed by two unknown men whilst he drove his motorcycle with his wife, Ms Noira Castillo, in La Sierra, El Cauca. Ms Castillo survived the attack but was also injured and remains hospitalised.

In the afternoon of 16 October 2016, Yimer Chávez Rivera was driving his motorcycle in La Sierra, El Cauca with his wife, Noira Castillo, as a passenger, when two unidentified men shot him three times. The human rights defender died shortly after the drive-by shooting. Ms Castillo was injured but survived the attack and is currently receiving medical care. The perpetrators of the assassination are still unknown.

In May 2016, another member of ORDEURCA and the Popular and Campesino Guard in Anto Moreno, Ms Ana Milena Miranda, survived an assassination attempt in Sotará, El Cauca. According to Somos Defensores, a Colombian non-governmental organisation dedicated to the protection and advocacy of human rights defenders, 19 human rights defenders and community leaders were killed in Colombia between July and September 2016. During this period, the organisation registered 63 violations against human rights defenders including threats, killings, attempted killings and theft of information.

Front Line Defenders utterly condemns the assassination of Yimer Chávez Rivera, which it believes is a retaliation against his peaceful and legitimate human rights work. As the future of the peace process remains uncertain, Front Line Defenders believes that protecting and supporting human rights defenders using non-violent methods to transform society is a substantial investment for long lasting peace in Colombia and is a primary responsibility of the Colombian state.

2. Conduct an impartial, thorough and exhaustive investigation into the killing of human rights defender Yimer Chávez Rivera and attack against his wife Noira Castillo, in accordance with international standards;

3. Take all necessary measures, in consultation with the human rights defenders, to guarantee the physical and psychological security and integrity of all other members of ORDEURCA and their families, including Ms Noira Castillo;

4. Adopt a preventative and effective approach for the protection of human rights defenders that is responsive to the changing risks faced by defenders;

5. Guarantee in all circumstances that all human rights defenders in Colombia are able to carry out their legitimate human rights activities without fear of reprisals and free of all restrictions, including judicial harassment.