About Kamal Eddin Fekhar
Status:
Completed Sentence
About the situation 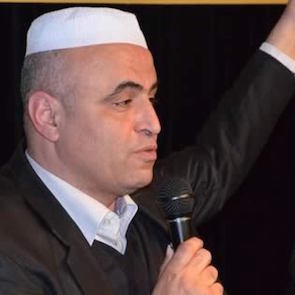 Kamal Eddine Fekhar is the founder of Tifawt, a foundation that works to protect and promote the human rights of the Amazigh people. He previously was a member of the /Ligue Algérienne pour la Défense des Droits de l'Homme – LADDH/ (Algerian League for the Defense of Human Rights).

The health of Mr Kamal Eddine Fekhar has severely deteriorated since he engaged on a hunger strike to protest the arbitrary nature of his arrest on 9 July 2015 and ongoing detention. On 19 January 2017 the human rights defender entered his 17th day of hunger strike in Al-Mani’a prison in Ghardaïa province, Algeria.

Kamal Eddine Fekhar is the founder of Tifawt, a foundation that works to protect and promote the human rights of the Amazigh people. He was previously a member of the Algerian League for the Defence of Human Rights – LADDH (Ligue Algerienne pour la Defense des Droits de l’Homme).

According to Saleh Dabbouz, President of LADDH, who visited Kamal Eddine Fekhar in prison on 12 January 2017, the human rights defender is in poor health. He is suffering from pains in his chest and is vomiting frequently, sometimes expelling traces of blood. According to the human rights defender, he has insufficient access to medical care. The unit where he had been placed, which is supposedly the clinic section of Al-Mani’a prison in Ghardaïa province, is ill-equipped for proper care of patients and lacks heating, hot water, and a properly functioning heart monitor. As an act of solidarity and given the severity of his health problems, eleven other detainees have joined Kamal Eddine Fekhar on hunger strike.

This is the fifth hunger strike Kamal Eddine Fekhar has carried out since his detention pending investigation on 9 July 2015.  His hunger strikes have been carried out as acts of protest against his arbitrary detention and the continued detention of human rights defenders in Algeria under fabricated accusations. The human rights defender has yet to be sentenced and is being held in custody with 18 fabricated charges against him – including some that carry the death penalty. The charges include, inter alia, spreading hatred, inciting violence during peaceful and armed protests, arson, attempted murder, jeopardizing national unity, and jeopardizing national security. The Algerian judiciary has thus far failed to sentence him after over one year and six months in detention because there is no evidence in his file attributing to him any of the charges. Additionally, Kamal Eddine Fekhar’s legal counsel is constantly harassed by Algerian authorities who have placed him under judicial review since 13 July 2016.

The human rights defender is also protesting the fact that many of the complaints he has made against Algerian authorities for acts of torture and ill-treatment have not been investigated by the Algerian judiciary. Kamal Eddine Fekhar  reported that he was ill-treated and tortured following past hunger strikes. This ill-treatment included the human rights defender being placed in solitary confinement without a blanket or mattress.

Front Line Defenders expresses its concern at the deteriorating health of Kamal Eddine Fekhar and the conditions under which he is being held and strongly condemns the arbitrary detention of the human rights defender as it believes it to be directly related to his legitimate work in exposing human rights abuses.

On 15 November 2016, Kamal Fekhar began a hunger strike in Menia prison in protest of his arbitrary detention by Algerian authorities. Kamal Fekhar is also requesting that he be liberated based on existing evidence of his innocence. The human rights defender has been reportedly ill-treated and tortured after he began his hunger strike - he was further placed in solitary confinement without being given a blanket or a mattress to sleep on.

The 25 human rights defenders and activists had been arrested by Algerian police while praying at a mosque in the city of Ghardaïa and detained at Ghardaïa police station. On 16 July 2015 they were transferred to Al-Manee'a Prison, where they continue to be detained. Kamal Eddine Fekhar has begun an hunger strike on 15 July 2015, the day his interrogation began, in protest against the detention and charges.

Kamal Eddine Fekhar has been targeted by the authorities over many years for his human rights work. On 27 March 2013 he was arrested during a protest against Eid Zarbeya, an annual celebration introduced by the local authorities several years ago in the city of Ghardaïa. The protest was against the amount of money used for the celebration and how the celebration allegedly promotes corruption and is a way to deny society's problems. He was charged with destroying the Algerian flag and sentenced to one year imprisonment in 2014. He appealed the decision and awaits his appeal hearing in October 2015.

The human rights defender was also arrested in Ghardaïa in 2009 and charged with burning a police car, on the basis of the alleged claim made by a citizen who later stated that he never made such a claim. In 2005, Kamal Eddine Fekhar was arrested in Galma city at a checkpoint and accused of possessing CDs “harmful” to national unity, in particular photos of protests. He was detained for three days in a police station.

His first arrest occurred on 13 October 2004, during protests in the city of Ghardaia against social problems in the city. He was charged with calling for unlicensed protests, as well as threatening national unity and the security of the country. He was detained for five months in Ghardaia prison, during which he was beaten and verbally assaulted.