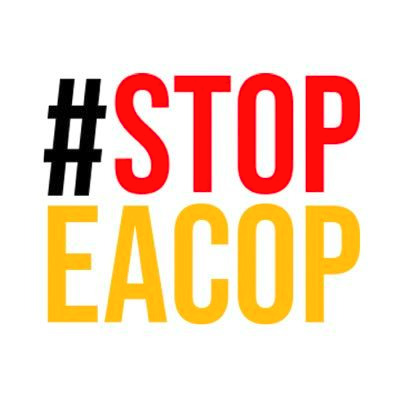 On 14 December 2022, the nine human rights defenders appeared before the Buganda Road Court for their third hearing following their arrest on 5 October 2022. The hearing which was scheduled for 25 October 2022 was delayed due to the lack of evidence. The Court postponed the case for a second time because the prosecution had yet to conclude the investigation. The Buganda Road Court had scheduled a third hearing on 20 February 2023, the nine human rights defenders are being charged with “common nuisance” according to section 160(1) of the Penal Code Act of Uganda.

On 5 October 2022, 15 human rights defenders from the StopEACOP campaign had a peaceful march to the European Union offices in Kampala, Uganda. They were planning to deliver a petition in support of the European Parliament resolution to halt the pipeline because of human rights violations linked to investments towards the East African Crude Oil Pipeline (EACOP). In the middle of the peaceful march, the nine human right defenders were arrested and detained without a warrant at the Central Police Station. During the arrest, Musiri David, Nkurunziza Alphouse and Lubega Vincent Nsamba were physically assaulted and sustained open wounds and limb pain that required immediate medical attention. On 7 October 2022, the nine human rights defenders were brought before the Buganda Road Court and charged with "common nuisance". They were later sent to Luzira's maximum prison, where they remained until Monday, 10 October 2022. On 10 October 2022, a second Court hearing was held, and the human rights defenders were released on a bail of (25EUR) (100.000 UGANDA Shilling) each and pleaded not guilty.

EACOP faces significant resistance from local communities and civil society organisations as the government has seized land and displaced thousands of people to construct the pipeline. The oil pipeline is expect to produce 39 million tonnes of climate-heated pollution, which is 25 more times the combined annual emissions of Uganda and Tanzania. The European Parliament adopted a resolution calling the Ugandan authorities, the French multinational oil company TotalEnergies (Total) and the China National Offshore Oil Corporation to halt the construction of the Pipeline because of its impact on communities within the path of the oil extraction and pipeline, including jeopardising water resources and irremediably harming livelihoods of farmers, endanger nature reserves and habitats.

Front Line Defenders is seriously concerned by the arbitrary arrest and detention of the nine human rights defenders as their arrest and detention appears to be based on their legitimate and peaceful exercise of their rights to freedom of assembly as per the 1995 Constitution of Uganda and rights under the International Covenant on Civil and Political Rights to which Uganda is a signatory.