About Asmaa Naiem
Status:
Fined
About the situation 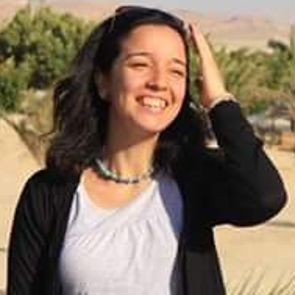 Asmaa Naiem is a human rights lawyer and researcher focusing on justice and accountability for human rights abuses as well as women’s rights. She provides legal assistance to political prisoners and detainees. Asmaa Naiem is a member of the Front to Defend Rights and Freedoms, a coalition of NGOs, human rights defenders and journalists, and previously worked for the Egyptian Centre for Economic and Social Rights.

On 11 July 2017, the Manshiya Misdemeanour Court in Alexandria began the trial against human rights lawyer Asmaa Naiem and six other individuals, including human rights lawyer Mohamed Ramadan, on charges of ‘acquisition of prohibited leaflets’, ‘spreading false news and slander against the state’, ‘participating in a demonstration of more than five people without notice’ and ‘taking part in an illegal gathering’.

The charges are in connection with a demonstration held on 13 June 2017, during which a group of lawyers in Alexandria took part in a protest against the Egyptian Parliament’s decision to transfer two islands on the Red Sea to Saudi Arabia, despite court rulings against it. Asmaa Naiem was present at the location of the demonstration to observe and report about any potential abuses against the protesters. On 17 June, human rights lawyer Mohamed Ramadan was arrested in connection with this demonstration. The Montazah Prosecutor ordered his detention pending further investigation after charging him and six other lawyers, including Asmaa Naiem with the aforementioned charges. However, Asmaa Naiem was not informed of the charges until the prosecutor rejected her representation of Mohamed Ramadan on 4 July. The Manshiya Misdemeanour Court is expected to deliver its verdict on 25 July.

Front Line Defenders is concerned by the charges against Asmaa Naiem, which it believes to be in connection withher legitimate human rights activities, including monitoring and the provision of  legal aid.

Front Line Defenders calls upon the Egyptian authorities to:

1. Immediately drop all charges against Asmaa Naiem as it is believed that they are solely motivated by her legitimate and peaceful work in defence of human rights;

2. Guarantee in all circumstances that all human rights defenders in Egypt are able to carry out their legitimate human rights activities without fear of reprisals and free of all restrictions including judicial harassment.