About Mohannad Karajah
Status:
Detained
About the situation 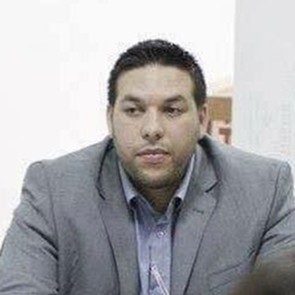 On 4 July 2021, at approximately 9:00 am, Mohannad Karajah was arrested while he was at the Court of Ramallah, practising his work as a lawyer. Several Palestinian police officers approached the human rights defender, and arrested him. The human rights defender requested to see the arrest warrant, which the police claimed was issued, but that they didn’t have it with them. Mohannad Karajah handed over his phone and personal belongings to his colleague, which the police attempted to confiscate, however, the colleague refused to give the phone to them as they did not present an arrest warrant for the human rights defender. Later on the same day, the Public Prosecution denied issuing an arrest warrant against Mohannad Karajah. The human rights defender reported to Front Line Defenders that he was taken to the intelligence office for interrogation, but he refused to be interrogated without the presence of a representative from the Palestinian Bar Association, as it is illegal to interrogate a lawyer without the presence of a representative from the Bar Association. His detention lasted for approximately for four hours, during which he was not allowed to contact the Bar Association or his family. Before his release, he was forced to sign a document, where he committed to attend an interrogation in front of the Public Prosecution the next day.

The human rights defender is facing the charges of “denouncing the Palestinian Authority”, “illegal demonstration”, and “inciting hatred within the communities”, under the Cyber Crime Law No (10) of 2018 and Jordanian Penal Code No (16) of 1960. Mohannad Karajah did not attend the interrogation scheduled for 5 July 2021, as the Bar Association was not informed of this by the authorities. The human rights defender reported than he could be arrested anytime now.

This is a part of a wider crackdown on Palestinian human rights defenders, who are requesting accountability for the death of activist Nizar Bannat, which the official autopsy report showed that police violence was the main cause of his death. Several demonstrations have taken place, and others are still ongoing in the West bank. Palestinians are protesting against the killing of Nizar Bannat, and the corruption inside the Palestinian Authority institutions. Hundreds of Palestinian peaceful protesters have reportedly been arbitrarily detained, physically abused and subjected to sexual harassment during the peaceful demonstrations.

Front Line Defenders is deeply concerned regarding the charges against human rights defenders Mohannad Karajah, Jihad Abdo, and Ezz El Din Zaaloul. It is further deeply concerned regarding the arrest and reported sexual harassment and verbal abuse of woman human rights defender Diala Abu Aiash. Front Line Defenders believes that they are solely being targeted and facing charges as a result of their peaceful and legitimate human rights work.