About Poonam Agarwal
Status:
Granted anticipatory bail
About the situation 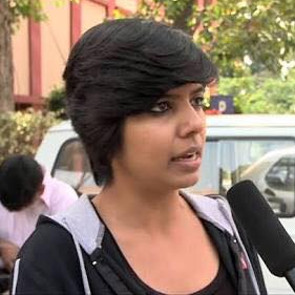 Poonam Agarwal is an investigative journalist and WHRD working for the online news portal The Quint, covering human rights in India and the abuse of law by powerful members of society. She has exposed corruption scams in India, including the 2G spectrum scam involving high-ranking Indian officials. Poonam has worked for several Indian media outlets writing on sensitive topics such as Kashmiri militants, political funding and corporate spying. She has also spoken out against cyber-harassment.

On 26 April 2017, the anticipatory bail filed by Poonam Agarwal on 30 March 2017 was granted by the High Court in Bombay, having initially been denied by a Sessions court in Nashik on 15 April 2017. Under Section 438 of the Indian Criminal Procedure Code, anticipatory bail is designed to safeguard people who may have false accusations or charges made against them. As such, at the time of arrest, the person will be immediately released if anticipatory bail has already been granted. During the court hearing, the Judge dismissed the charges against Poonam Agarwal and her report on a prima facie basis. He recognised that the report was published because of its public interest and not to defame the Army. The next hearing session will take place on 13 June 2017.

On 27 March 2017, Nashik police filed a case of abetting suicide (punishable by imprisonment of up to ten years) and criminal trespass (under Sections 3 and 7 of the OSA) against Poonam Agarwal. The case was registered due to a complaint from the Army in relation to a video report published by The Quint on 24 February 2017, which revealed exploitation and mistreatment of junior soldiers by the ‘sahayak system’. Soon after the story was published, one of the soldiers featured, but whose identity was obscured in the video, Roy Mathew, was found dead, having allegedly committed suicide.

Front Line Defenders welcomes the Bombay High Court’s decision to grant Poonam Agarwal anticipatory bail and urges the Indian authorities to drop all charges brought against her, as it believes they are directly linked to her peaceful and legitimate work in defence of human rights in India.

On 27 March 2017, human rights journalist Poonam Agarwal was charged under sections of the Official Secrets Act (OSA) and the Indian Penal Code relating to criminal trespass and abetting suicide. The Indian Army had filed a complaint against her in relation to a video report she had shot exposing the abuse of junior soldiers within the Army.

On 27 March 2017, Nashik police, in the Northwest region of Maharashtra, filed a case of abetting suicide (punishable by imprisonment of up to ten years) and criminal trespass (under Sections 3 and 7 of the Official Secrets Act) against Poonam Agarwal. The case was registered due to a complaint from the Army, which was filed against the human rights defender in relation to a video report published by The Quint on 24 February 2017. The report revealed exploitation  of enlisted men that the military’s ‘sahayak system’ involves.. The Sahayak (“buddy”) system had previously come under heavy criticism for its mistreatment of junior soldiers, “jawans” Soon after the story was published, one of the soldiers featured, but whose identity was obscured, in the video, Roy Matthew, was found dead, having allegedly committed suicide. The Quint subsequently took down the report.

This is not the first time charges under the OSA - a 1923 anti-espionage act held over from British colonisation - have been used against journalists who report on sensitive stories. On 30 March 2017, Poonam Agarwal filed a bail petition at Nashik Sessions Court, but the date of her hearing is scheduled for 1 April 2017.

Front Line Defenders strongly condemns the charges brought against Poonam Agarwal, which it believes are solely motivated by her legitimate and peaceful activities in the defence of human rights in India.

1. Immediately drop all charges against Poonam Agarwal as it believes that they are solely motivated by her legitimate and peaceful work in defence of human rights;

2. Guarantee in all circumstances that all human rights defenders in India are able to carry out their legitimate human rights activities without fear of reprisals and free of all restrictions.