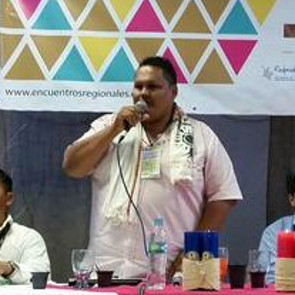 On 2 April 2017, in the afternoon, José Vicente Murillo Tobo attended the cultural exchange round-table for dialogue and consultation between the organisation for indigenous people, Uwa Nation, and Movimiento Político de Masas Social y Popular del Centro Oriente de Colombia with the Colombian government. After the meeting, the human rights defender received a text message and a phone call containing threats against his work. The person identified himself as Camilo and said he was the leader of Águilas Negras (Black Eagles), a paramilitary organisation in Colombia. Camilo said that “we need to talk to you, we know of your movements, we know those you work for, we need you to cooperate with the instructions that we are going to give, otherwise it will be up to us what we do next”.

During a series of coordinated events between 21 and 22 March 2017, the Police and the National Army conducted raids on homes and arrested several social leaders and human rights defenders from the southern Bolívar region, including members of the Congreso de los Pueblos. The Colombian State has previously accused social leaders of being linked to guerrilla groups without concrete evidence.

According to a report from the Colombian Ombudsman Office, 156 social leaders and human rights defenders have been killed in the last 14 months. In addition to that, there were reported 5 disappearances, 33 attacks and over 500 instances of threats. According to the Ombudsman Carlos Alfonso Negret Mosquera: “one of the main causes of this phenomenon is the attempt by illegal armed groups to occupy the territory from which the FARC have withdrawn”.

Front Line Defenders expresses its concern at the most recent threats against human rights defender José Vicente Murillo Tobo, which is in relation to his human rights work and leading roles in his community and organizations. Front Line Defenders expresses further concern at the ongoing stigmatisation of social leaders in Colombia, particularly  human rights defenders working on areas that have been historically affected by the presence of illegal armed groups.

1. Carry out an immediate, thorough and impartial investigation into threats and intimidation against José Vicente Murillo Tobo, with a view to publishing the results and bringing those responsible to justice in accordance with international standards;

2. Take all the necessary measures to guarantee the physical and psychological integrity of José Vicente Murillo Tobo, as well as all the members of Congreso de los Pueblos and other grass-roots organizations in Colombia;

3. Cease targeting human rights defenders in Colombia and guarantee in all circumstances that they are able to carry out their legitimate human rights activities without fear of reprisals and free of all restrictions including judicial harassment.