About Jagadish Debbarma
Status:
Charged
About the situation 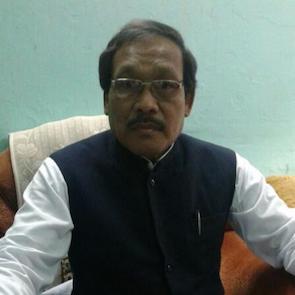 Jagadish Debbarma is a human rights defender and a member of the indigenous Borok community. He is also a leader of the Indigenous Nationalist Party of Tripura (INPT).

Anthony Debbarma is the Secretary General of the BPHRO, a human rights NGO based in Agartala, Tripura, North-east India, that works on the promotion of human rights in the region with a special focus on the rights of the indigenous Borok people. He is also the convener of the Joint Action Committee of Civil Society (JACCS), a platform that brings together indigenous civil society organisations in Tripura, Northeast India. Jagadish Debbarma and Aghore Debbarma are human rights defenders and members of the Borok community. Jagadish Debbarma is a leader of the Indigenous Nationalist Party of Tripura (INPT) and Aghore Debbarma is the leader of the Tipraha faction of the Indigenous People’s Front of Tripura (IPFT).

On 8 January 2019, the North East Students’ Organization (NESO) called for a general strike throughout Northeast India to protest the controversial Citizenship (Amendment) Bill 2016 (CAB) which seeks to amend citizenship laws in contradiction to many articles in the Indian Constitution, including Article 15 which prohibits discrimination solely on the basis of religion. Many members of local indigenous organisations participated in the general strike, which began around 5am.

At around 1:30pm, the Tipura State Rifles unit of the Tripura Police began firing tear gas and shooting live ammunition indiscriminately into the crowds, thereby unleashing violence on the previously peaceful rally. The rally was discontinued at that point because some protesters were injured, and the police imposed Section 144 of the Criminal Procedure Code (CrPC) of 1973, which empowers an executive magistrate to prohibit an assembly. Six indigenous Borok people sustained gunshot wounds. As the wounded persons were being taken away, the police officers that had shot at them, attacked the ambulances and began beating those inside. Five other human rights defenders who had helped to transfer the wounded protestors to the ambulances were injured.

On 30 January 2019, Anthony Debbarma, along with Jagadish Debbarma and Aghore Debbarma, participated in a peaceful rally in Khumulwng, a town in West Tripura. The rally was organised by the Movement against Citizenship Amendment Bill 2016 (MACAB) to oppose the 2016 Citizenship (Amendment) Bill 2016 (CAB) as well as to condemn the police violence  against protestors on 8 January 2019.

On 4 February 2019, the three human rights defenders learned, through a newspaper report, that a First Information Report (FIR) had been filed against them on grounds of sedition, criminal conspiracy, hate speech, and disobedience under sections 124 (a), 120 (b), and 153 (a) of the Indian Penal Code, and section 82 of the 2007 Tripura Police Act respectively. The FIR had been registered at the Radhapur police station under the Jirania sub division by the superintendent, Rabindra Debbarma, who claimed that anti-India slogans were raised during the rally held in Khumulwng on 30 January 2019. The three human rights defenders had not received any official information regarding the complaint filed against them, prior to the newspaper report.

On 5 February 2019, Anthony Debbarma’s colleagues from BPHRO requested that Radhapur Police Station provide them with a copy of the FIR. The police refused this request and instead informed them that the FIR had been forwarded to the trial court in Agartala, West Tripula. Without a copy of the FIR, the human rights defenders are not able to seek anticipatory bail, which is provided for under Section 438 of India’s Criminal Procedure Code, from the court nor have the full details of the charges against them.

The indigenous Borok people of Tripura and their human rights defenders have been targetted for their peaceful human rights work before. On 2 October 2008, a crude bomb was thrown over the wall of the BPHRO’s headquarters. No one was harmed during the incident, but the building was damaged by the detonation. This was a clear attempt to deter the BPHRO from continuing their human rights work.