About Sebastian Alonso Juan
Status:
Assassinated
About the situation

On 17 January 2017, indigenous and land rights defender Mr Sebastian Alonso Juan died from gunshot wounds inflicted by armed men during a peaceful protest against a hydroelectric project in Ixquisis, Huehuetenango. 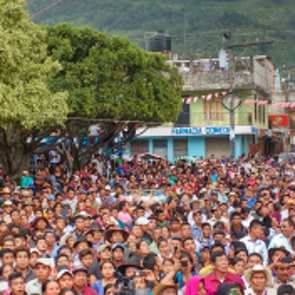 Sebastian Alonso Juan was an indigenous and land rights defender of Yulchen, Huehuetenango. Along with many members of indigenous Chuj and Q'anjob' local communities, the human rights defender was leading efforts to obtain a suspension of the work carried out by the company Promoción y Desarrollos Hídricos SA, responsible for the construction of hydroelectric project Pojom I and Pojom II. Indigenous peoples in the area have denounced the environmental destruction created by these megaprojects as well as the failure of authorities to consult indigenous peoples before granting construction permits, consistently with their right to free, prior and informed consent guaranteed by ILO Convention 169 and the UN Declaration on the Rights of Indigenous Peoples.

On 17 January 2017, indigenous and land rights defender Mr Sebastian Alonso Juan died from gunshot wounds inflicted by armed men during a peaceful protest against a hydroelectric project in Ixquisis, Huehuetenango.

On 17 January 2017, affected communities in Huehuetenango staged a peaceful protest in front of the company PDH S.A. in Ixquisis to reject the hydroelectric projects Pojom I and Pojom II. At approximately 2 pm, armed men began shooting into the crowd of demonstrators wounding indigenous and land rights defender Sebastian Alonso Juan. The defender passed away as a result of the injuries.

Prior to this demonstration, communities affected by projects Pojom I and Pojom II had repeatedly mobilised to denounce the diversion of rivers Yalwitz, Pojom and Río Negro resulting from activities conducted by PDH S.A. The aforementioned hydroelectric projects had been authorised after a series of irregularities, including the use of explosives without the authorisation of the Ministry of Defense. The local, municipal and national authorities were aware of the situation as they had been repeatedly asked to respect the right to free, prior and informed consent of the Chuj and Q'anjob' indigenous peoples.

Front Line Defenders condemns the killing of land and indigenous rights defender Sebastian Alonso Juan, as well as the indiscriminate violence against indigenous peoples exercising their rights to protect their land and environment.

2. Carry out an immediate, thorough and impartial investigation into the killing of Sebastian Alonso Juan and the indiscriminate violence against protesters in Ixquisis, with a view to publishing the results and bringing those responsible to justice in accordance with international standards;

3. Guarantee in all circumstances that all human rights defenders in Guatemala are able to carry out their legitimate human rights activities without fear of reprisals and free of all restrictions, including judicial harassment.