About Mehman Aliyev
Status:
Charges dropped
About the situation

On 2 November 2017, the Office of the General Prosecutor of Azerbaijan informed human rights defender Mehman Aliyev that the charges against him were dropped, all restrictions placed on his movements were lifted and that Turan Information Agency could now fully resume its operations. 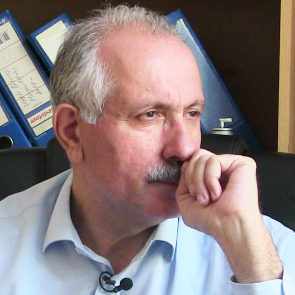 Mehman Aliyev is an Azerbaijani human rights defender and prominent journalist who documents corruption and human rights violations in Azerbaijan. Mehman Aliyev is the Chief Editor and Director of Turan İnformasiya Agentliyi (Turan Information Agency), an independent news agency which was founded in 1990 by a group of journalists who refused to work in the state media. Turan  Information Agency (also known as ‘Turan’) publishes analytical articles and news materials in Azerbaijani, Russian and in English.

On 2 November 2017, the Office of the General Prosecutor of Azerbaijan informed human rights defender Mehman Aliyev that the charges against him were dropped, all restrictions placed on his movements were lifted and that Turan Information Agency could now fully resume its operations.

On 2 November 2017, the Office of the General Prosecutor of Azerbaijan informed Mehman Aliyev that the charges against him were dropped, that all restrictions placed on his movements were lifted and that Turan Information Agency could now fully resume its operations. Turan's operations were suspended in September 2017 after Mehman Aliyev was detained in Baku on 24 August 2017 on charges of tax evasion and abuse of power. On 2 November 2017, he was handed an official letter from the First Deputy Prosecutor General which confirmed that the case against him had been terminated. The letter stated that his case was terminated on 30 October 2017, and that the decision came into force on 2 November 2017. Mehman Aliyev had been under house arrest since his release from pretrial detention on 11 September 2017.

Front Line Defenders welcomes the termination of the case against Mehman Aliyev, along with the withdrawal of all restrictions on his movement, as it believes that the case brought against him was due to his peaceful and legitimate work, and the work of his agency, in defence of human rights.

Front Line Defenders remains concerned about the situation in Azerbaijan, where human rights defenders continue to be systematically persecuted, denied their right to a fair trial and imprisoned on fabricated charges.

On 11 September 2017, Yasamal Dstrict Court in Baku City released human rights journalist Mehman Aliyev from custody and ordered him to be placed under house arrest. The human rights defender has been detained since 24 August 2017 and is facing charges of ‘illegal entrepreneurship’, ‘tax evasion’ and ‘abuse of power’.

On 16 August 2017, tax officers conducted a raid of Turan premises, seized financial documents and froze the news agency’s bank accounts. On 24 August 2017, Mehman Aliyev was arrested and placed in pretrial detention in Detention Center N1 in Baku. On 25 August, the Department of Preliminary Investigation of Tax Crimes at the Ministry of Taxes of Azerbaijan initiated a criminal case against Mehman Aliyev under Articles 192.2.2 ’illegal entrepreneurship’, 213.1 ’evasion taxes or contributions for compulsory social insurance in significant amount’ and 308.1 ’abuse of official powers’ of the Criminal Code of the Republic of Azerbaijan.

Front Line Defenders condemns the continued detention of, and charges against, Mehman Aliyev as well as the freezing of Turan Information Agency’s bank accounts, which it considers to be in retaliation for their legitimate and peaceful human rights work.

Front Line Defenders urges the authorities in Azerbaijan to:

1. Immediately and unconditionally release, and drop all charges against, Mehman Aliyev, as it is believed that they are solely motivated by his legitimate and peaceful work in defence of human rights;

2. Unfreeze the bank accounts of Turan Information Agency as it is believed that the measure is solely motivated by their legitimate and peaceful work in defence of human rights and freedom of information.

3. Guarantee in all circumstances that all human rights defenders in Azerbaijan are able to carry out their legitimate human rights activities without fear of reprisals and free of all restrictions.