About Mustafa Seidaliev
Status:
Detained
About the situation 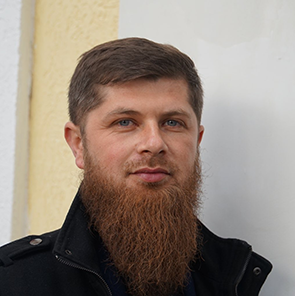 On 23 November 2021, in expectation of human rights lawyer Edem Semedliaev’s release, activists peacefully gathered in front of the detention facility to greet him. The Centre for Combating Extremism officers began to unlawfully arrest people present, including Mustafa Seidaliev. The human rights defender was sentenced to 14 days of administrative arrest for the “organization of simultaneous mass stay and/or movement of citizens in public places, entailing a violation of public order” under Article 20.2.2 of the Code of Civil Conduct of the Russian Federation.

On 7 December 2021, the day of Mustafa Seidaliev’s release, the human rights defender was only able to exit the premise of the Evpatoria Temporary Detention Centre when law enforcement officers detained him again, accusing him of producing extremist data and propaganda. The human rights defender has had no access to lawyers. Police officers filed an arrest report against him for his publication of a video on Hizb ut-Tahrir on his social media in 2012 and in January 2014. Despite the fact that the publication dated back , to the time when Crimea was a part of Ukraine’s jurisdiction and members of Hizb ut-Tahrir were not prosecuted in Ukraine, the Court argued that such video was included in the Federal Database of Extremist Content list of Russian Federation in April 2014. On that basis, on 8 November 2021, the Kirov District Court of the Republic of Crimea charged Mustafa Seidaliev with two counts of violation of the Code of Civil Conduct, and sentenced him to 10 days of administrative arrest.

Front Line Defenders expresses grave concerns about the continuous judicial harassment and prosecution of human rights defenders in the annexed Crimea by Russian law enforcement and federal security service authorities. Front Line Defenders condemns the prosecution of Mustafa Seidaliev, and it believes that the charges against him result from his peaceful human rights work.