About Sergey Babinets
Status:
Attacked
About the situation 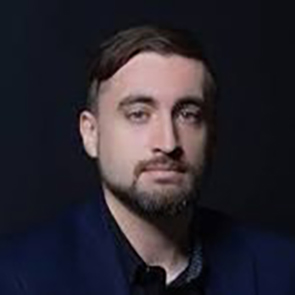 Sergey Babinets is a human rights lawyer and the Chairperson of the Russian-based NGO “Committee Against Torture” (CAT). The Committee Against Torture (CAT) – is a prominent human rights organisation in Russia. Established in 2000, it investigates allegations of torture by state agents and represents victims’ of torture interests in the investigative bodies and the court, including the European Court of Human Rights in cases where domestic remedies are ineffective. Human rights defenders from CAT have been subjected to defamation campaigns, physical attacks, detentions, and judicial persecution because of their peaceful human rights work.

Sergey Babinets and Oleg Khabibrakhmanov are human rights lawyers working with the Russian-based NGO “Committee Against Torture” (CAT). Abubakar Yangulbayev is a human rights defender and lawyer, who, until recently, worked with CAT. Natalia Dobronravova is a woman human rights defender and attorney, who collaborates with CAT on a regular basis. CAT’s lawyers investigate cases of torture in Russia and some other countries, including Belarus. CAT’s work, especially in the Russia’s republic of Chechnya, has been recognized by multiple awards, including Front Line Defenders Award in April 2011 and the Martin Ennals Award in 2013. Human rights defenders from CAT have been subjected to defamation campaigns, physical attacks, detentions, and judicial persecution because of their peaceful human rights work.

On 20 January 2022, the human rights lawyers arrived at a safe house in Nizhnii Novgorod, having been alerted by their clients about Chechen officials trying to break into the apartment. The human rights defenders, accompanied by a woman human rights attorney Natalia Dobronravova, arrived on site and entered the safe house to offer legal support and protection for the clients. When Natalia Dobronravova exited the apartment premises to talk to the Chechen law enforcement officers about why they were trying to enter the premises outside of their regional jurisdiction, the Chechen law enforcement officers used force to enter the safe house. They hit Natalia Dobronravova in the face, beat up and pushed Sergey Babinets and Oleg Khabibrakhmanov into a spare room and locked them there to prevent them from protecting their clients.