About Charles Newbury
Status:
Harassment
About the situation

On 25 and 27 September, human rights defenders Pedro Hernández and Charles Newbury were respectively alerted by people linked to Yaracuy State institutions, that they were at imminent risk of arbitrary arrest, following their support of and participation in protests taking place in the State. 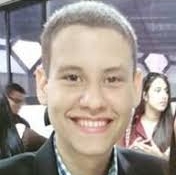 Charles Newbury is a lawyer, human rights defender and Regional Coordinator of Movimiento Vinotinto in the State of Yaracuy. He represents Movimiento Vintinto at public events and provides legal advice and assistance to victims of human rights violations in Yaracuy.

On 25 and 27 September, human rights defenders Pedro Hernández and Charles Newbury were respectively alerted by people linked to Yaracuy State institutions, that they were at imminent risk of arbitrary arrest, following their support of and participation in protests taking place in the State.

Charles Newbury is a lawyer, human rights defender and Regional Coordinator of Movimiento Vinotinto in the State of Yaracuy. He represents Movimiento Vintinto at public events and provides legal advice and assistance to victims of human rights violations in Yaracuy. Pedro Hernández is a human rights defender and co-founder of the Human Rights Center in Yacambú University. He also works as a Coordinator at Movimiento Vinotinto in Yaracuy. He represents Movimiento Vinotinto at meetings with public bodies, unions, non-governmental organisations and other public and private institutions. Since the onset of the COVID-19 pandemic, both defenders have played an active role monitoring and documenting mass protests in Yaracuy, demanding access to public services and fuel, as the humanitarian situation in Venezuela worsens.

On 23 September 2020, defender Pedro Hernández, acting as a demonstration monitor, documented the development of a protest in the Bolívar Municipality in Yaracuy. Later that day, he represented the Civil Protesters Committee in a meeting with officials of the Bolivarian National Guard (GNB), regional Police, and representatives from the Mayor's Office of Bolívar. During the meeting, the human rights defender shared protesters’ concerns and denounced the lack of access to fuel and other basic services.

On 25 September 2020, individuals linked to the Yaracuy State institutions alerted Pedro Hernández to the fact that some officials in the Mayor’s Office and State security bodies had discussed his name in a threatening manner. For his own safety, the defender took shelter in a secure location and refrained from participating in public demonstrations.

On 26 September 2020, Charles Newbury monitored protests taking place in the Independencia Municipality, Yaracuy. That same day in the afternoon, he received a message from an acquaintance who informed him that his name was on a list of Government adversaries put together by municipal authorities. On 27 September 2020, the defender took refuge in another residence fearing possible police harassment or arbitrary detention, to which he has been a victim in the past.

Pedro Hernández and Charles Newbury have both previously been targeted for their human rights work. On 4 May 2020, armed and masked members of the Special Action Force of the Bolivarian National Police (FAES) entered the Pedro Hernandez’ residence with the intention of investigating him for the illegal sale of gasoline. The members of the FAES searched the home, took photos and left. The defender, who believes that FAES raided his home to monitor his activity and verify his location, withdrew from social media for a number of days out of fear for his safety. Reports from Human Rights Watch and the United Nations High Commissioner for Human Rights have linked members of FAES with numerous extrajudicial killings and disappearances in the country.

On 7 November 2019, after accompanying a peaceful protest by a group of teachers requesting a meeting with authorities, Charles Newbury and members of the Trade Union Magisterial Coalition were subject to surveillance in their residences by members of the National Intelligence Service SEBIN, who watched their activities from outside their homes for several hours. On 9 March 2019, an officer of the Bolivarian National Guard reportedly loaded his weapon and pointed it at the Charles Newbury, after noticing that he was videotaping the arrest of a group of young people who participated in a protest in during the first national blackout. The GNB officers retreated and let the protesters free, after local residents intervened.

On 8 June 2016, Pedro Hernández was arbitrarily detained at his residence by members of the Bolivarian National Guard shortly after posting a tweet about looting that was taking place in Aroa, Yaracuy. After entering the defender's house, the GNB officals violently arrested Hernández and physically assaulted his relatives. On 10 June 2016, he was charged by the Court of Control of the Public Ministry with "insulting a public official" in relation to the tweet. The judge imposed non-custodial measures, requiring the human rights defender to present himself before the Court every 15 days and to refrain from participating in any further demonstrations. At the time of writing these measures still apply.

Front Line Defenders is deeply concerned for the physical and psychological well-being of human rights defenders Charles Newbury and Pedro Hernández, who may be at imminent risk of arbitrary arrest. Front Line Defenders has previously raised concerns about the pattern of arbitrary detentions during recent nationwide protests, as well as the context of persecution, stigmatisation and criminalisation of human rights defenders, particularly lawyers in Venezuela. Front Line Defenders reiterates its deep concern that some in positions of authority are intimidating defenders in order to deliberately limit space for their work.