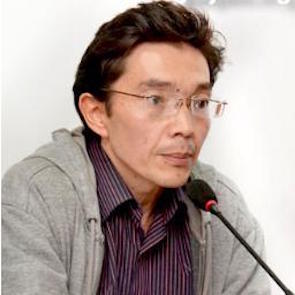 Galym Ageleuov is the director of the human rights organisation Liberty, which was closely following court proceedings related to the events in Zhanaozen in 2011, when a violent suppression of protests resulted in at least 15 deaths, hundreds of people injured and numerous legal cases opened against protesters. The human rights defender met with victims, organised and participated in press conferences and provided information on the court proceedings using social media.

On 16 December 2018, Galym Ageleuov was taken by police officers to the police station as a witness in the case against the Democratic Choice of Kazakhstan (DCK), an organisation which was declared extremist and banned by Kazakh authorities. The human rights defender was then questioned about his attitude towards the Kazakh government, the Democratic Choice of Kazakhstan and the current President. The officers forced Galym Ageleuov to unlock his phone and show all chats, threatening to confiscate it if he didn’t comply. After no trace of the human rights defender’s involvement with the DCK was found, he was released.

Apart from Galym Ageleuov, at least 15 other human rights defenders, journalists and human rights activists were brought to police departments in a number of cities of Kazakhstan. They were interrogated, had their phones checked and were released without charge. Afraid to be detained, some of the activists and human rights defenders were not able to leave their houses as police cars were parked outside. Interrogations continued throughout 17 December. These measures were aimed at preventing activists from participating in protests held on 16 December, and called bythe DCK. The demonstrations in solidarity with the victims of violent protest suppression are held annually on December 16, the Independence Day of Kazakhstan. This day was marked twice by brutal dispersion by the Kazakh authorities in Almaty in 1986, and in Zhanaozen in 2011.

Front Line Defenders believes that the interrogation of Galym Ageleuov as well as of other human rights defenders, is part of the tactic applied by the Kazakh authorities in order to intimidate human rights defenders and activists and, consequently, prevent them from holding peaceful demonstrations in solidarity with the victims of state violence in Almaty and Zhanaozen.

Front Line Defenders urges the authorities of Kazakhstan to: