About Sonia Jeannette Sánchez Pérez
Status:
Acquitted
About the situation

In August 2016, human rights defender Sonia Sánchez won a lawsuit against the company Inversiones Roble, one of the most powerful private corporations in El Salvador. The company accused her of defamation and slander, but on 19 August 2016 Sonia was acquitted. 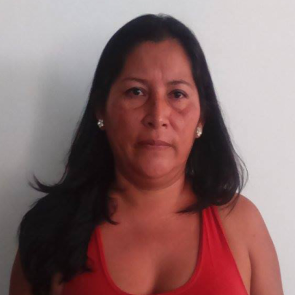 Sonia Sánchez is a well-known environmental rights defender from the municipality of Santo Tomás, El Salvador. Since March of 2015, Sonia has been working to protect the natural resources of the El Porvenir forest, which have been threatened by urban development project carried out by Grupo Roble, one of the biggest corporations in the country. The company, for instance, cut 28 hectares of forest to build 426 exclusive homes in the municipality of Santo Tomás, despite the disagreement of the local community.

On 23 August 2016, human rights defender Sonia Sánchez won a lawsuit against the Salvadoran company Grupo Roble. The company had accused her of defamation and slander, but Sonia was acquitted. If convicted, Sonia would have had to pay up to 25.000 dollars to the company.

On 29 September 2015, the company Grupo Roble filed a complaint against Sonia, accusing her of defamation and slander, in relation to remarks the human rights defender had made on three television stations (Channel 33, Channel10 and TVX) and on National Radio. Sonia had spoken about the environmental damage caused by Inversiones Roble's projects. The company, for instance, cut 28 hectares of forest to build 426 exclusive homes in the municipality of Santo Tomás, despite the disagreement of the local community.

She also stated that the permission granted by the Ministry of the Environment and Natural Resources, for initiating the construction of the “Brisas de Santo Tomás” urban development project, had expired, given that it was issued in March 2009 for a period of one year. Furthermore Sonia publicly denounced the threats she received from the private security forces of the Brisas de Santo Tomas Residential Development.

On 23 August 2016 the Isidro Menéndez court acquitted Sonia Sánchez, because the prosecution failed to prove that the human rights defender showed intent to damage the reputation of the company and its legal representative.