About Valentin Karelin
Status:
Attacked
About the Situation 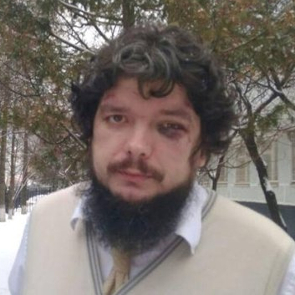 On 30 January 2018, three unidentified men physically attacked environmental rights lawyer, Valentin Karelin, in the vicinity of “Krylatskoe” metro station in Moscow. He was attacked from behind, pushed to the ground and severely kicked in the head until a passerby intervened and attempted to pull the assailants off the defender. When the assailants fled the scene, the defender immediately called the police and reported the incident. The police opened a criminal investigation under Point "a" of Part 2 of Article 115 of the Criminal Code of the Russian Federation on deliberate attempts to inflict physical harm. Valentin Karelin sustained fractures to his head, the zygomatic bone, the nose, a paraorbital hematoma, concussion and other injuries.

This is the latest in a series of five recent attacks against human rights defenders in the Russian Federation. On 28 January 2018, three unidentified men violently attacked and severely beat human rights defender Dinar Idrisov in Saint Petersburg. On 28 December 2017, three unidentified, masked men violently attacked environmental rights defenders, Andrei Rudomakha, Aleksandr Savelyev and Victor Chirikov, along with a correspondent for the online news source, “Free Media,” near the house of an activist Pavel Suganeev in Krasnodar. There was also an attack on municipal deputy, Roman Miroshnichenko, and local activist, Andrei Seregin was beaten.

Front Line Defenders condemns the brutal attack against Valentin Karelin and believes the attack to be directly connected to his human rights work in the protection and promotion of environmental rights and on defending the interests of the environmental rights of local residents of the Krylatskoe district.

1. Carry out an immediate, thorough and impartial investigation into the attack on Valentin Karelin with a view to publishing the results and bringing those responsible to justice in accordance with international standards;

2. Take all necessary measures to guarantee the physical and psychological integrity and security of Valentin Karelin;