About Eduard Balanchuk
Status:
Imprisoned
About the situation

On 28 March 2017, the Molodechno District Court of Minsk region found the human rights defender Eduard Balanchuk guilty of non-compliance with the legal requirements for organising and conducting mass events. He was sentenced to fifteen days’ imprisonment. Eduard was released after completing his sentene. 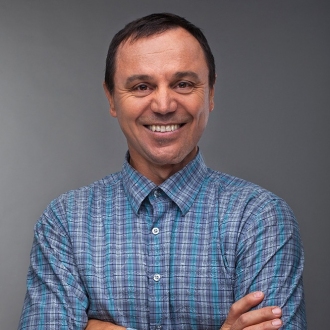 On 28 March 2017, the Molodechno District Court of Minsk region found the human rights defender Eduard Balanchuk guilty of non-compliance with the legal requirements for organising and conducting mass events. He was sentenced to fifteen days’ imprisonment.

On 28 March 2017, the Molodechno District Court of Minsk region considered an indictment issued by the Molodechno District Police Department against Eduard Balanchuk, who was accused of violating Article 23.34 Part 1 of the Code of Administrative Offences (non-compliance with the legal requirements on the organisation and conducting of mass events) in reprisal for his monitoring activities during a peaceful assembly on 10 March 2017 in Molodechno. This assembly was held to protest the Presidential Decree No.3 “On prevention of social dependency.” He carried out monitoring of the assembly as an official representative of the Belarusian Helsinki Committee. He was sentenced to fifteen days’ imprisonment.

On 23 March 2017, Eduard Balanchuk was summoned to appear before the Molodechno District Police Department as an accused defendant in the administrative case. Following his appearance at the Police Department on 28 March 2017,  Eduard Balanchuk lost contact with his family and friends. It was later discovered that he had been arrested, put on trial, found guilty, and sentenced to fifteen days’ imprisonment.

On 26 March 2017, human rights defender Pavel Levinov was arrested on the charge of participating in an unauthorised peaceful assembly and kept in a temporary detention centre. Later that day, he was hospitalised after suffering a hypertensive crisis and will appear before a judge as soon as he is released from hospital. On 21 March 2017, the human rights defender Oleg Volchek was found guilty of participating in an unauthorised peaceful assembly by the Frunzensky District Court of Minsk city and sentenced to thirteen days imprisonment. On 17 March 2017, human rights lawyers Leonid Sudalenko and Anatoly Poplavnyi were found guilty of non-compliance with the legal requirements for organising and conducting mass events, also in relation to a peaceful demonstration against Decree No.3. Leonid Sudalenko was given a warning and Anatoly Poplavnyi was sentenced to ten days of administrative detention. On 25 March 2017 at least 58 human rights observers were detained at the offices of the human rights centre Viasna ahead of a planned peaceful demonstration.

Since the beginning of February 2017, thousands of people have protested peacefully in many cities of Belarus against the decree, which is in violation of the Constitution and International Human Rights Law, as it sanctions people who have worked less than 183 days per year by imposing a penalty in the form of a fee and/or administrative arrest. The demonstrations were not authorised by the Belarusian authorities, who use various pretexts to restrict the right to peaceful assembly. More than 700 people were detained by the police following these peaceful demonstrations. Those detained include human rights defenders, journalists, and civil and political activists throughout the country.

Front Line Defenders expresses its concern at the detention of human rights defenders Eduard Balanchuk, Pavel Levinov, Oleg Volchek and Anatoly Poplavnyi as it believes it is linked to their legitimate and peaceful human rights work in Belarus.

1. Immediately and unconditionally drop all charges against Eduard Balanchuk, as it is believed that they are solely motivated by his legitimate and peaceful work in defence of human rights;

2. Take all necessary measures to ensure the immediate and unconditional release of  Eduard Balanchuk and to guarantee his physical and psychological security;

3. Immediately drop all charges against Pavel Levinov, Oleg Volchek, Leonid Sudalenko, Anatoly Poplavnyi and all other human rights defenders who have been detained for exercising their freedom of assembly as it is believed that they are solely motivated by their legitimate and peaceful work in defence of human rights;

4. Guarantee in all circumstances that all human rights defenders in Belarus are able to carry out their legitimate human rights activities without fear of reprisals and free of all restrictions.