About Lama Khater
Status:
Released
About the Situation

On 26 July 2019, human rights defender Lama Khater was released from Ashkelon prison after serving her term.

On 24 July, in the early morning, Israeli forces arrested human rights defender Lama Khater from her family home in the city of Hebron and transferred her to an unknown location. 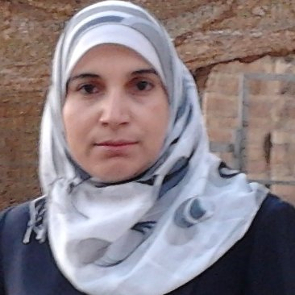 Lama Khater is a Palestinian writer, journalist and human rights defender who peacefully campaigns against human rights violations caused by the Israeli occupation and struggles for the right of the Palestinian people to self-determination through writing, blogging and involvement in grass-roots and non-violent movement.

On 26 July 2019, human rights defender Lama Khater was released from Ashkelon prison after serving her term. Lama Khater spent one year in jail for "incitement to violence" and "membership in a banned organisation". Israeli authorities released her at the Jalameh checkpoint in the north of the West Bank.

On 24 July, in the early morning, Israeli forces arrested human rights defender Lama Khater from her family home in the city of Hebron and transferred her to an unknown location.

On 24 July, in the early morning, Israeli forces raided Lama Khater’s family home in Hebron. They then arrested her and detained her in unknown location.

The detention of Lama Khater appears in the context of a wider crackdown on Palestinian activists in the West Bank. On 2 June, human rights defender Aref Jaber was intimidated and physically assaulted by Israeli soldiers in Hebron, who stated that they would kill him if he continued to document actions against Palestinians by the Israeli army and by Israeli settlers in Hebron. On 22 April, Israeli authorities harassed and interrogated Palestinian human rights defender Manal Al-Ja’bri on charges of “assaulting a border police officer” and “photographing a checkpoint”. She was physically assaulted, intimidated and briefly detained by Israeli Border Police in Hebron while she was conducting field work for her human rights research.

Front Line Defenders is seriously concerned about the detention of human rights defender Lama Khater and is worried about her safety and physical well being. Front Line Defenders believes that her arrest and ongoing detention are acts of retaliation for her work on the right of the Palestinian people to self-determination.

1. Immediately and unconditionally release Lama Khater as Front Line Defenders believes that she is being held solely as a result of her legitimate and peaceful work in the defence of human rights;

2. Ensure that Lama Khater’s treatment, while in detention, adheres to the conditions set out in the “Body of Principles for the Protection of All Persons under Any Form of Detention or Imprisonment”, adopted by UN General Assembly resolution 43/173 of 9 December 1988;

3. Take all necessary measures to guarantee the physical and psychological integrity and security of Lama Khater;

4. Cease targeting all human rights defenders in the OPT and guarantee in all circumstances that they are able to carry out their legitimate human rights activities without fear of reprisals and free of all restrictions including judicial harassment.