Defamation case filed against Ismaael Teh

About Ismaael Teh
Status:
Facing charges
About the Situation

On 14 February 2018, the Internal Security Operation Command (ISOC) Region 4 filed defamation charges against human rights defender Ismaael Teh in relation to a television show in which the defender recalled the torture he experienced at the hands of Thai soldiers in 2008. 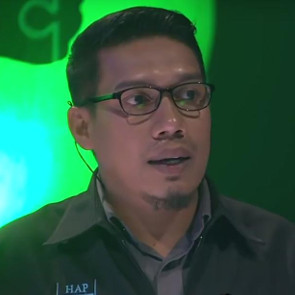 Ismaael Teh is a founder and President of Patani Human Rights Organisation, which focuses on human rights and legal advocacy. Their work includes supporting the families of detainees who have been affected by the imposition of Martial law and emergency decree for the past 14 years in southern Thailand. In 2008, the defender was detained and tortured by Thai soldiers in retaliation against his work on human rights violations in the context of the imposition of Martial law. This latest judicial harassment of the human rights defender is believed to be in retaliation against his human rights work as his recounting of his experience of torture coincides with a trend for ISOC Region 4 personnel to crackdown on human rights defenders attempting to raise awareness of serious human rights abuses and torture committed by security personnel.

On 14 February 2018, the Internal Security Operation Command (ISOC) Region 4 filed defamation charges against human rights defender Ismaael Teh in relation to a television show in which the defender recalled the torture he experienced at the hands of Thai soldiers in 2008.

On 5 February 2018, on the TV show “Policy by People” which is broadcast on the Thai PBS channel, Ismaael Teh described being tortured by Thai soldiers when he was a student in Yala in 2008. He was arrested and held incommunicado in military detention at the Ingkayuthboriharn Camp in Pattani province. He revealed that the soldiers beat him, electrocuted him and pointed a gun at his head to force him to confess his involvement in a separatist insurgency. If found guilty, Ismaael Teh could face a prison sentence of maximum two years and a fine of up to 200,00 baht.

Ismaael Teh is likely facing an intensification of judicial harassment from the ISOC in light of the recent increased attention on his case and on serious human rights abuses, including torture, in Thailand due to the Supreme Administrative Court ruling from 2016 which ordered the army to pay 305,000 baht in compensation to Ismaael Teh for having been subjected to physical assault during his detention. The ruling also found that he had been illegally detained for nine days, in violation of Martial Law Act B.E. 2457 (1914) (Martial Law) which limits detention to seven days.

Thailand is a State party to the International Covenant on Civil and Political Rights (ICCPR) and the Convention against Torture and other Cruel, Inhuman or Degrading Treatment or Punishment (CAT). Besides denying allegations of torture and other serious abuses committed by security personnel, the Thai military has frequently accused those bringing complaints of making false statements with the intent of damaging its reputation. In 2016, the ISOC Region 4 filed a defamation case against three human rights defenders for publishing a report documenting the torture of members of the Muslim Malay minority in Thailand who were arrested for alleged involvement with insurgent groups of the Deep South. Moreover, human rights defenders working in the conflict zone of the border provinces in Southern Thailand are most at risk as violations against human rights defenders take place in a context of widespread impunity for the perpetrators – often government or military officials.

Front Line Defenders urges the authorities in Thailand to:

1. Immediately drop all charges against Ismaael Teh;

2. Guarantee that human rights defenders in Thailand are able to carry out their legitimate human rights activities without fear of reprisals and free of all restrictions including judicial harassment.