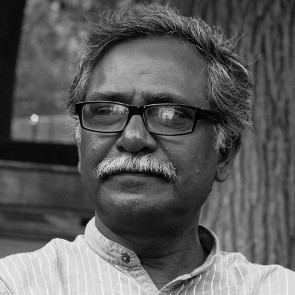 Anu Muhammad is a human rights defender working on environmental issues and is the member-secretary of the National Committee to Protect Oil, Gas, Mineral Resources, Power and Ports. He is the lead campaigner against the Rampal power plant project in Sundarbans, Khulna, southern Bangladesh. Anu Muhammad believes that the proposed coal-fired power plant project in Rampal would have an adverse and damaging impact on the ecosystem of Sundarbans, which is the world’s largest mangrove forest.

On 13 October 2016, Anu Muhammad received two messages on his phone from the same number. The first one was sent at approximately 1 am and stated “Death keeps no calendar, and Ansatullah knows no time!”. The second one was sent at 8.43 pm, when he was on his way to Rampura police station to file a complaint about the first threat. It said “Say 'yes' to Rampal, otherwise, you must will be hacked to death incredibly by us!”. The term Ansatullah in the first message appears to refer to Ansarullah, which is an Islamic extremist group in Bangladesh that was responsible for the murder of secular activists, bloggers and publishers. Anu Muhammad has filed a complaint at the Rampura police station.

Front Line Defenders condemns the death threats against Anu Muhammad, as it believes the actions against him to be motivated by his legitimate and peaceful human rights activities in Bangladesh. Front Line Defenders is particularly concerned for the safety of Anu Muhammad, given the sharp rise in extreme violence against human rights defenders in Bangladesh.

1. Carry out an immediate, thorough and impartial investigation into the death threats against Anu Muhammad, with a view to publishing the results and bringing those responsible to justice in accordance with international standards;

2. Take all necessary measures, in consultation with the defender, to guarantee the physical  integrity and security of Anu Muhammad;

3. Guarantee in all circumstances that all human rights defenders in Bangladesh are able to carry out their legitimate human rights activities without fear of reprisals and free of all restrictions.