About Rawa Gafar Bakhit
Status:
Released
About the situation 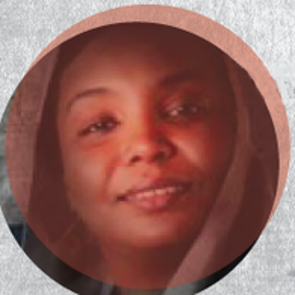 Rawa Gafar Bakhit is a human rights defender and advocate of displaced persons. She has advocated against corruption and police brutality in Sudan.

Human rights defenders remain in detention amid an ongoing crackdown in Sudan. On 1 February 2018, Sudanese forces arrested Salih Mahmoud Osman, Vice President of the Darfur Bar Association. On 31 January 2018, human rights defender and lawyer Hanan Hassan Khalifa was arrested while traveling to meet detainees who she was legally representing in Kobar Prison, North Khartoum. Sudanese forces also arrested Rawa Gafar Bakhit, a human rights defender and advocate of displaced persons on 17 January 2018 in Omdurman. She has advocated against corruption and police brutality in Sudan.

Salih Mahmoud Osman is Vice President of the Darfur Bar Association, member of the Democratic Lawyers Association, a human rights lawyer, and recipient of the 2007 Sakharov Prize. He has promoted the rule of law and advocated for legal reform through the National Assembly of Sudan, which he was appointed to in 2005. The human rights defender has also provided legal aid to victims of violence.

Hanan Hassan Khalifa is a human rights defender and lawyer. She has advocated for prisoners’ rights and freedom of expression, as well as condemning violations of the 2005 Interim Constitution.

On 1 February 2018, Sudanese NISS forces arrested Salih Mahmoud Osman, Vice President of the Darfur Bar Association, at his law firm. On 31 January 2018, Hanan Hassan Khalifa was arrested while traveling to meet detainees who she was legally representing in Kobar Prison, North Khartoum.

Human rights defender Mohamed Aldouma, President of the Darfur Bar Association, was arrested during a demonstration in Omdurman on 17 January 2018 and has since been transferred to Khartoum North Common Prison, commonly known as Kober, where he is now being held.

The ongoing crackdown comes in the context of protests against the rise in the cost of food in Sudan which began on 7 January 2018 after the government made a decision to cut subsidies. The protests have been met with excessive use of force by Sudanese forces, leading to the death of one protester and several others being injured, and a nationwide crackdown on journalists and activists.

Front Line Defenders condemns the arbitrary arrests and excessive use of force by Sudanese police forces and remains deeply concerned about reports of torture of other imprisoned human rights defenders. Front Line Defenders calls for an immediate end to the continuing repression of student activists, lawyers, protesters, and human rights defenders.

Front Line Defenders calls upon the government of Sudan to:

1. Immediately and unconditionally release the human rights defenders Rawa Gafar Bakhit, Mohamed Aldouma, Hanan Hassan Khalifa, and Salih Mahmoud Osman, as Front Line Defenders believes that they are being held solely as a result of their legitimate and peaceful work in the defence of human rights;

2. Cease targeting all human rights defenders and activists in Sudan and guarantee in all circumstances that they are able to carry out their legitimate human rights activities without fear of reprisals and free of all restrictions including judicial harassment.