On the morning of 16 May 2016, six Masvingo Central police officers unexpectedly arrived at the office of Masvingo Residents Trust. They requested to speak to human rights defender Mr Prosper Tiringindi, coordinator of the organisation, and they ordered that he appear at the police station. This follows a number of threats pronounced against Prosper Tiringindi in connection to a case that he brought against a police officer. 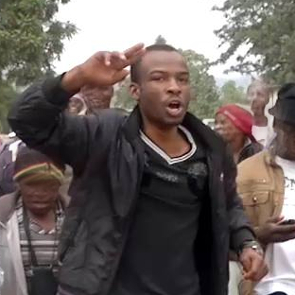 Prosper Tiringindi is Coordinator of Masvingo Residents Trust (MRT), a human rights organisation which campaigns for transparency and public accountability in the delivery of social services in the Masvingo province of south-eastern Zimbabwe. The group advocates for the improvement of the socio-economic rights of communities in the province by supporting projects to reduce poverty and support sustainable development, and organising peaceful demonstrations demanding good governance from the Masvingo authorities.

On the morning of 16 May 2016, six Masvingo Central police officers unexpectedly arrived at the office of Masvingo Residents Trust. They requested to speak to human rights defender Mr Prosper Tiringindi, coordinator of the organisation, and they ordered that he appear at the police station. This follows a number of threats pronounced against Prosper Tiringindi in connection to a case that he brought against a police officer.

As the human rights defender was not in the office at that time, the police officers waited forty-five minutes for him to return. Prosper Tiringindi however did not return. As they were leaving the office, the police officers asked a member of staff to inform the human rights defender to report to the Masvingo Central Police Station later that day, for which they gave no reason.

On 12 May 2016, the human rights defender received multiple calls demanding that he cease his work and to drop the charges he brought against a police officer following an incident on 25 February 2016, in which Prosper Tiringindi was ill-treated. The caller declared that, in bringing this case to court, the human rights defender was declaring 'a war on all state security forces'. Similarly, the witnesses who had pledged to support Prosper Tiringindi’s case in court have received threatening calls of the same nature.

The calls on 12 May 2016 follow various incidents of harassment and threats targeting Prosper Tiringindi, his family, colleagues, and witnesses in his trial. On 2 May and 3 May 2016, a group of four people went to MRT's office on two different occasions when the human rights defender was not present, and repeated the same threats to Prosper Tiringindi’s colleagues. Furthermore, on 28 April 2016, three unknown people arrived at the human rights defenders house while he was away. They asked for Prosper Tiringindi’s whereabouts, and told his wife that he needed to drop the case as he was tarnishing the government of President Robert Mugabe.

Front Line Defenders expresses concern for the continued threats and harassment of Prosper Tiringindi, his family and colleagues as it believes the actions against him to be directly linked to his legitimate human rights work.

On 29 February 2016, human rights defender Mr Prosper Tiringindi was called in for questioning at Masvingo Central Police Station on the trumped up charge of obstruction of justice. He was arrested on 25 February 2016 during a peaceful protest in Masvingo.

On 25 February 2016, the human rights defender was arrested by traffic police in the city of Masvingo, during a protest against arbitrary acts reported to have been committed by the Zimbabwean police, including the practice of placing spikes on roads to stop drivers. Despite this practice being prohibited by the Zimbabwean police, it is reported to have been employed, resulting in multiple accidents. The human rights defender's protest coincided with several demonstrations taking place in Masvingo in protest against President Robert Mugabe's extravagant 92th birthday celebrations, which involved a party estimated to have cost hundreds of thousands of Euros.

The human rights defender was beaten by police at the scene before being taken to Masvingo Central Police Station, where he was held for several hours in spite of his injuries and severe pain. He was struck hard on both legs, his head and his left eye, resulting in the reddening of his eye, headaches, swollen limbs and severe pain. He was formally notified of the charge against him upon the arrival of his lawyer at the police station, and subsequently released. He then went to Masvingo General Hospital where he was admitted and discharged on the following day, despite his continued need for medical attention and persisting pain.

This is not the first occasion on which Prosper Tiringindi has been subjected to judicial harassment. In September 2015, the human rights defender appeared before the Masvingo Provincial Magistrate Court along with three members of MRT for the first hearing of their trial on falsified charges of malicious damage of property and organising a public gathering intended to promote violence. The charges were brought against them in connection with a peaceful protest they had organised to call for transparency from the Masvingo City Council when handling development funds. The case remains open and the human rights defender and his fellow MRT members are scheduled to appear at Masvingo Magistrates Court on 14 March 2016 for the continuation of the trial.

On 23 September 2015 three members of the Masvingo Residents Trust (MRT), Messrs Prosper Tiringindi, Ephraim Mutombeni and Ms Elizabeth Manavira appeared before the Masvingo Provincial Magistrate Court for the first hearing of their trial concerning the charges of malicious damage of property and public gathering intended to promote public violence. The trial will continue on 1 October 2015, when the Court is expected to rule on the case.

On 23 September 2015 the human rights defenders were brought before the Masvingo Provincial Magistrate Court. Prosper Tiringindi, Ephraim Mutombeni and Elizabeth Manavira were arrested on 25 August 2015 following a demonstration organised by MRT to demand transparency, accountability and good governance from the Masvingo City Council. They were formally charged with malicious damage of property and public gathering intended to promote violence under the controversial Public Order and Security Act. They were released on bail on 27 August 2015.

The demonstration which they had helped to organise called for accountability in relation to development funds from Germany in 2013 estimated at 10,000 US dollars, which were received by the Masvingo City Council. The funds were to be used to improve the social-economical situation of communities in south-east Zimbabwe by supporting projects to reduce poverty and support sustainable development.

At the time of their arrest, the human rights defenders were marching peacefully from the Chitima Musika area to the Civic Centre when police officials intercepted them. They were taken to the Masvingo Central Police station where they were held for two nights.