About Nick Karter
Status:
Assaulted
About the situation 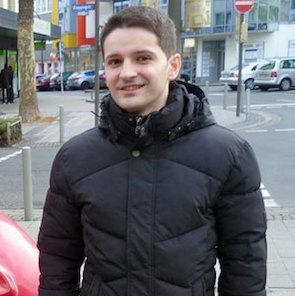 Nick Carter is a Kiev-based human rights defender who advocates publicly for LGBTI rights. As a guest on numerous talk shows on Ukrainian television, Nick Carter is well-known for his advocacy and awareness raising in relation to the harassment which many LGBTI people face in Ukraine. Furthermore, he has taken part in demonstrations in support of Ukrainian LGBTI community, including the Equality March in June 2015.

On 14 September 2015, at 10pm, the human rights defender and his friend, Mr Kondratov, were severely beaten near the Obolon' subway station in Kiev. As they were leaving a supermarket, they were attacked by four unidentified men, who physically assaulted them and made reference to their sexual orientation. Nick Carter suffered serious facial injuries, while Mr Kondratov suffered a concussion. Furthermore, Mr Kondratov's personal belongings and money were stolen.

When the attackers left, the human rights defender immediately called the police. On arrival, the police officers took a written statement and called for an ambulance to take Nick Carter and Mr Kondratov to hospital for treatment.

On 16 September 2015, Nick Carter was informed that his written statement from the night of the attack had been lost and the police requested that he visit Obolon' District Department of Internal Affairs in order to submit a new complaint. When submitting the new complaint, the human rights defender felt that he was treated in a disrespectful manner.

Nick Carter has been the victim of harassment and threats for several months as a result of his public activism. He regularly receives personal threats via his phone and social media accounts from unidentified individuals.

This particular attack occurred within the context of increased harassment against the LGBTI community in Ukraine. On 7 June 2015, an Equality March was held in Kiev during which, despite the presence of the police, nine participants were physically attacked and suffered injuries. On 3 November 2014, the Zhovten' cinema was set on fire during the screening of a LGBTI-related film and the Pomada night club, which is know as a popular meeting place for LGBTI people, has also been repeatedly attacked.