On 23 March 2016 the People's Court of Hanoi sentenced the human rights defender to five years in prison. His assistant was sentenced to three years. 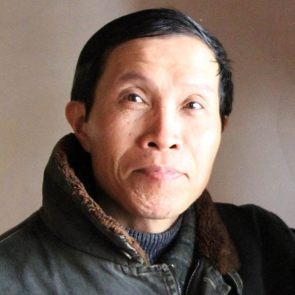 Nguyen Huu Vinh, better known as Anh Ba Sam, is a Vietnamese human rights defender and blogger. He is a former police officer and his father was a government minister and ambassador. In 2007 Vinh set up his first blog (The Ba Sam blog) and he then launched two other online platforms (Citzen's Rights and Writing Vietnamese History). In his blogs, Nguyen Huu Vinh wrote about social issues and human rights.

The court convicted them of “abusing democratic freedoms to infringe upon the State’s interests”, after they published articles that were openly critical of the Vietnamese government.

Nguyen Huu Vinh is a former police officer, who quit his job in 1999 to set up a private investigation firm. His father was a government minister and ambassador to the former Soviet Union. In 2007 Vinh set up his first blog (The Ba Sam blog) and a few years later he launched two other online platforms (Citzen's Rights and Writing Vietnamese History). In his blogs, Vinh campaigned for freedom of expression and wrote about social issues and human rights.

In May 2014 authorities arrested Nguyen Huu Vinh and his assistant. They accused them of writing “untruthful and groundless content” that was damaging the image of the ruling Communist Party and lowering public trust in the Vietnamese leadership.

“The defendants’ acts were dangerous for society (…) and they were not honest and did not admit their crimes,” said the judge before sentencing Vinh and Thuy.

According to the online newspaper Vietnam Rights Now, hundreds of supporters gathered outside the court and called for Vinh and Thuy's release. The police dispersed the crowd and did not allow protesters and family members of the accused to attend the trial. Two Vietnamese activists were detained and held for questioning after showing support for Nguyen Huu Vinh. Another blogger, who was due to appear in court as a witness, was arrested the day before the trial started.

Front Line Defenders strongly condemns the sentence against Nguyen Huu Vinh and his assistant Nguyen Thi Minh Thuy, which is believed to be solely motivated by their legitimate activities in the defence of human rights. Further concern is expressed at the targeting of peaceful protesters and at the judicial harassment against bloggers, in an attempt to restrict the freedom of expression within Vietnam.