Human rights defender Mr Mohamed Nagui, who was recently arrested on 14 May 2016 and sentenced to five years' imprisonment with hard labor over charges of “participating in an illegal demonstration”, had his imprisonment sentence overturned and replaced with LE100 000 bail (approximately €10 000). 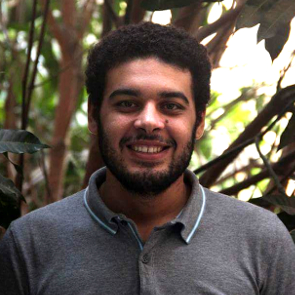 Mohamed Nagui is an Egyptian journalist and human rights defender, and director of Students' Rights and Freedoms at the Association for Freedom of Thought and Expression (AFTE), a non profit and independent legal firm working on the defence and protection of freedoms of thought and expression. Mohamed Nagui has mainly worked in research, reporting and documenting violations against students, and has also organized several solidarity and advocacy campaigns supporting students imprisoned for their activism.

On 29 May 2016, Egyptian authorities detained human rights defender and journalist Mr Khaled Elbalshy on charges of “disseminating false news and rumours” and “sheltering criminals”. Downtown Cairo Prosecution granted the human rights defender LE10 000 bail, which was paid. He was subsequently released pending trial on 4 June 2016. In a separate case, on 26 May 2016, human rights defender Mr Mohamed Zarea was prevented from travelling to Tunisia based on the order of an investigative judge which the defender believes is related to the foreign funding case against NGOs recently reopened in Egypt.

Khaled Elbalshy is a journalist and board member of Egypt's Journalists' Syndicate and the head of its Freedoms Committee. He is the current chief editor of the independent news website Al Bedaiah, an online newspaper advocating democracy and supporting freedom of speech and expression. Mohamed Zarea is an Egyptian human rights defender and Director for Egypt of the Cairo Institute for Human Rights Studies (CIHRS), a Cairo-based, independent, regional non-governmental organization founded in 1993 working on the promotion and respect of the principles of human rights, democracy and the rule of law through advocacy, policy research and human rights education in Egypt and the Arab region. CIHRS received the French Republic's Human Rights Prize in 2007.

In separate cases, on 26 May 2016, human rights defender Mohamed Zarea was informed of a travel ban imposed against him while travelling from Cairo International Airport to Tunisia. Mohamed Zarea was told by security authorities that the order had been issued a day earlier by an investigating judge. The defender believes this is connected to the current foreign funding case against NGOs.

Human rights defender and lawyer at the Arabic Network for Human Rights Information Ms Rawda Ahmed was summoned on 26 May 2016 to report to the office of the investigating judge examining the foreign funding case. Three hours later she was told that the investigation session was postponed until 2 June 2016.

Front Line Defenders reiterates its deep concern about the Egyptian government's crackdown on human rights defenders and the criminalisation of civil society which has been steadily intensifying over recent years, and calls for an immediate end to the persecution of human rights defenders.

1. Put an end to the ongoing investigation against Khaled Elbalshy, his colleagues Yehia Qalash and Gamal Abdel-Reheem, and Rawda Ahmed, and immediately lift the travel ban imposed against Mohamed Zarea;

3. Immediately cease all forms of harassment and stigmatisation of human rights organisations and human rights defenders in Egypt, as Front Line Defenders believes that their rights are being restricted solely as a result of their legitimate and peaceful work in the defence of human rights;

On 14 May 2016, the Agouza Court of Misdemeanor sentenced Mohamed Nagui to five years' imprisonment with hard labor over charges of “participating in an illegal demonstration.” He was arrested following the call to protest on 25 April 2016, and was interrogated by state security investigation in Agouza police station, Cairo. On 18 May 2016, he began an open-ended hunger strike.