About Magomed Mutsolgov
Status:
Raided
About the situation 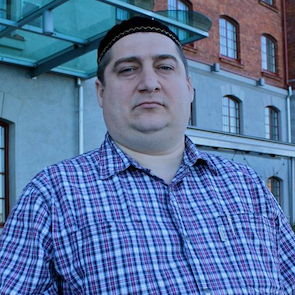 Magomed Mutsolgov is a human rights defender and blogger based in Karabulak (Ingushetiya). He is a member of Mashr ('Peace' in the Chechen and Ingush languages), a human rights organisation which has been monitoring the human rights situation in Ingushetiya since 2005. Mashr provides free legal aid to victims of human rights abuses and internally displaced persons in the North Caucasus Region.

The raid was based on a search warrant, issued by the High Court of Ingushetiya. The Court accused Magomed Mutsolgov of “Acting as a link between NGOs which work against Russia and in the interest and by the order of foreign NGOs that are based in Georgia, the US and several European states. In order to support subversive activities in the territory of Russia, Magomed Mutsolgov undertook actions aimed at raising inter-religious conflicts within the North Caucasian Federal District”.

However, during the raid, the law enforcement officers informed the human rights defender that no investigation was being opened against him yet.

The threatening character of the search operation, the confiscation of all documents and technical equipment as well as the groundless accusations of cooperation with foreign states are typical features of the Russian government policy against human rights defenders. In July 2015, investigative officers searched the office of Golos along with the apartments of three of its employees and confiscated all technical equipment. Golos was also arbitrarily labelled as a foreign agent and wrongfully accused of receiving foreign funding. In December 2014, the office of the Joint Mobile Group (JMG) in Grozny were raided, while their computers and CCTV cameras were seized.

On 29 February 2012, the family of Mr Murad Yandiev, accountant with human rights organisation 'Mashr' ('Peace' in Chechen and Ingush languages), reported his disappearance.

On 1 March 2012, he has been found in the Police Department in Nazran. While visiting him in detention, Mr Magomed Mutsolgov, head of 'Mashr', has been threatened with physical attack. 'Mashr' is a leading human rights organisation in Ingushetia founded in 2005 which documents human rights violations and works in particular on enforced disappearances and the use of torture in North Caucasus.

On 29 February 2012, at approximately 6.20 pm, Murad Yandiev left his house in Karabulak with the intention of going to Mashr's offices. At 6.40 pm his father spoke to him by phone for the last time. From 7.00 pm, his family lost trace of him and his mobile phone has been switched off since.

On 1 March 2012, Murad Yandiev's father, Mukhamed Khandiev, filed a statement with the head of the Karabulak Police department, Mr Khmakhoev, in which he wrote 'I suspect that law enforcement representatives are involved in the disappearance of my son, and his life and health are in serious danger'.

On 1 March 2012, after Mr Magomed Mutsolgov, head of 'Mashr', contacted the head of the presidential administration, Murad Yandiev was found in the Police Department in Nazran. Magomed Mutsolgov and member of Human Rights Centre Memorial, Abubakar Tsechoev, both members of the Public Commission of Control over detention facilities, immediately went there. Murad Yandiev was reportedly detained with three other young men in possession of 'extremist' literature. All of those detained had traces of having been beaten.

When Murad Yandiev confirmed to Magomed Mutsolgov that they had been beaten up by policemen, Mr Movsar Tambiev, the head of Nazran Police Department started to threaten Magomed Mutsolgov with physical attack on himself and on his family if he disseminated this information to the media. These threats were made in the presence of representatives of the Federal Security Service (FSB), the Anti-Extremism Unit and the Secretary of the Council of Security of Ingushetia. Tabmiev also accused 'Mashr' to be involved in recruitment of people in illegal military troops and tried to discredit the work of human rights organisations in Ingushetia. During this meeting, the human rights defenders were filmed against their will by FSB. The cameraman also filmed unidentified publications, allegedly found on the detainees, including a book that was called 'extremist', together with the reports published by 'Mashr'.

Members of the Public Commission of Control over detention facilities together with Murad Yandiev's lawyer were then forced to leave the Police Department. Murad Yandiev remains in detention without knowing what he is accused of. His family was left with no news for 15 hours, he was not allowed to make a phone call, and he spoke to his lawyer for the first time in the evening of 1 March.