About Liu Xinglian
Status:
Released
About the situation

On 11 April 2016, Mr Liu Xinglian was released from custody in Wuhan No.2 Detention Centre due to ill-health. He had been arrested on 19 June 2015 on charges of  'inciting subversion of state power' by police in Wuhan city, Hubei province. 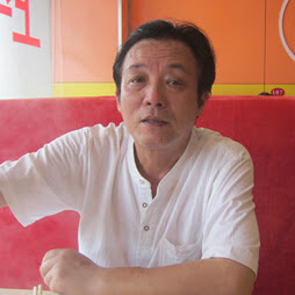 Liu Xinglian is a human rights defender and secretary of the domestic organisations China Human Rights Watch and the Rose Group. Both are domestic organisations which pursue equal rights for all, highlight cases of human rights abuses and assist those who have had their rights violated. Liu Xinglian is also President of the Haikou City Muslim Association and he works with marginalised groups in the Muslim community in Hainan province.

On 24 June 2015, it emerged that Mr Liu Xinglian, human rights defender and secretary of the domestic organisation “China Human Rights Watch”, was arrested on 19 June on charges of 'inciting subversion of state power' by police in Wuhan city, Hubei province.

The human rights defender is currently being detained in Wuhan No.2 Detention Centre. The Director of “China Human Rights Watch”, Mr Qin Yongmin, and his wife, Ms Zhao Suli, remain missing months after both were detained by police in Wuhan.

On 24 June 2015, lawyer Mr Xie Yanyi received information from the family of Liu Xinglian that he had been arrested on 19 June for 'inciting subversion of state power'. The human rights defender had reportedly been missing since disappearing on 12 May 2015. At that time, Liu Xinglian's daughter attempted to file a missing person's case with the police, but they refused to accept it. It is unclear what the charges of 'inciting subversion of state power' relate to.

The director of 'China Human Rights Watch' and 'Rose Group', Qin Yongmin, has been out of contact since 19 January 2015, when he was handed down a ten day administrative detention sentence by police in Wuhan province. Since then, he has reportedly remained out of contact and it is believed he continues to be detained. His wife, Zhao Suli, was subsequently detained by the police. Their whereabouts are unknown.

After the disappearance of Qin Yongmin and Zhao Suli, Liu Xinglian worked to locate their whereabouts while at the same time assuming Qin Yongmin's responsibilities as director of China Human Rights Watch in his absence. Qin Yongmin had attempted to officially register the organisation with the Ministry of Civil Affairs in January 2014, but was intercepted by police on his way to Beijing and detained. The following month he wrote an open letter to Chinese President Xi Jinping urging him to establish a body charged with the protection of human rights.

In 1998 Qin Yongmin was sentenced to 12 years in prison for his role in co-founding the China Democracy Party. He had previously served eight years in prison after being found guilty of 'counter-revolutionary propaganda' and 'incitement' in 1981. In 1993 he was sentenced to a further two years' re-education through labour for calling on the Chinese Communist Party to release all political prisoners, re-evaluate its judgement on the 1989 student protesters and subsequent crackdown, and allow exiled students to return to China.