About Konstantin Golava
Status:
Facing Charges
About the situation 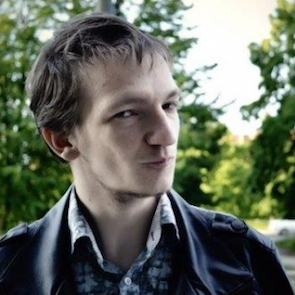 Konstantin Golava is a human rights defender who works to promote LGBTI and environmental rights. In 2012 he joined the human rights movement “Avers”, which supports the LGBTI community in Russia through legal and psychological consultation. In January 2013, he founded the non-governmental organisation “Alternative to Conscription”, which provides advice and support on issues connected to military service, which is mandatory for Russian men between the ages of 18-27.

On 14 May 2015, the Federal Financial Monitoring Service of the Russian Federation arbitrarily included Konstantin Golava on the “list of active extremists”. His bank accounts were subsequently frozen. The labelling of the human rights defender as an “extremist” precludes him from applying for employment. The decision followed the arrest of the human rights defender at his flat on 13 May 2015, by Tolyatti's Centre for Combating Extremism. He was detained for questioning following his arrest before being released. He now faces charges under Article 282 of Russia's Criminal Code (Incitement of National, Racial, or Religious Enmity) in connection with statements he published on the Russian social network website “Vkontakte” in 2014. Investigators stated that “the suspect published textual and graphic content, which according to expertise contain linguistic and psychological indication of humiliation based on belonging to Russian nationals, who are citizens of Russia”.

Earlier on the day of his arrest, Golava's apartment was searched, and technical equipment, including the laptops of the human rights defender and his family, were confiscated. Court proceedings against the human rights defender are scheduled to begin in two months time. Golava will be obliged to undergo psychological and psychiatric examinations before its commencement.

Golava has previously faced harassment as a result of his human rights work. In 2013 he was dismissed from his job at the Chance Youth Centre, after having been asked to stop his work for the advancement of LGBTI rights, particularly through mass and social media, and warned of the possibility of his dismissal in the case of his refusal.