Human rights defender and member of Bunge la Mwananchi, Mr Joseph Njuguna, has been receiving continued threats and harassment since he began a demand for an investigation into potential corrupt practices between a company, Esaki Limited, and a government institution, the National Youth Service (NYS) on 19 May 2016. 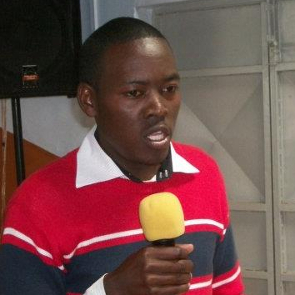 Joseph Njuguna is a member and former Programme Director of Bunge la Mwananchi, a social movement organised to unify and strengthen grassroots human rights work. It works on issues of social justice advocacy, social accountability, community mobilization, human rights monitoring, documentation and protection throughout Kenya. Recently, Bunge la Mwananchi began monitoring allegations of corruption at a governmental level, particularly in relation to the NYS, which has been the subject of several corruption investigations.

Human rights defender and member of Bunge la Mwananchi, Mr Joseph Njuguna, has been receiving continued threats and harassment since he began a demand for an investigation into potential corrupt practices between a company, Esaki Limited, and a government institution, the National Youth Service (NYS) on 19 May 2016.

On 19 May 2016, Joseph Njuguna sent a letter to Ms Mary W. Kinisu, Director of Esaki Limited, outlining the concerns of Bunge La Mwananchi in regard to deals brokered between the company and the NYS. The letter referred to reports alleging that money was paid to Esaki Limited from NYS funds, in exchange for goods and services, but that those goods and services were never supplied. Additionally, it was alleged that Esaki Limited colluded with NYS officers and banks to defraud the NYS. Immediately after sending the letter, Joseph Njuguna was visited by two men who threatened him and asked him to abandon his call for an investigation. He did not receive an official response from Esaki Limited.

On 23 June 2016, Bunge La Mwananchi sent a letter to Mr Halakhe D. Waqo, Executive Director of the Ethics and Anti-Corruption Commission (EACC), an institution which investigates allegations of corruption within the Kenyan government. In the letter, Bunge La Mwananchi outlined the allegations against NYS and Esaki Limited and expressed concern at the fact that the Chairperson of the EACC, Mr Phillip Kinisu, is the spouse of the director of Esaki Limited and that he was potentially involved in the allegations of corruption.

Since the letter was sent to the EACC, Joseph Njuguna has been receiving daily anonymous phone calls demanding him to stop his work and threatening consequences if he continues the campaign calling for an investigation into the alleged corruption. His colleagues at Bunge La Mwananchi have also reported similar threats.

Front Line Defenders believes that Joseph Njuguna and his colleagues at Bunge La Mwananchi are being targeted for their legitimate, peaceful work in the defence of human rights and good governance.

Front Line Defenders urges the authorities in Kenya to:

1. Take all necessary measures to guarantee the physical and psychological integrity and security of Joseph Njuguna and his colleagues at Bunge La Mwananchi;

2. Investigate reports of threats and other forms of intimidation against human rights Joseph Njuguna and his colleagues at Bunge La Mwananchi, and adopt immediate measures to ensure their protection;

3. Guarantee in all circumstances that all human rights defenders in Kenya are able to carry out their legitimate human rights activities without fear of reprisals and free of all restrictions.