About Jiang Tianyong
Status:
Detained
About the situation

On 23 March 2014, it was confirmed that two human rights lawyers, Messers Tang Jitian and Jiang Tianyong, have been given a 15 day administrative detention sentence following their attempts to investigate an unofficial detention centre, also known as a black jail, in China's north eastern Heilongjiang province. Their two colleagues, Messers Wang Cheng and Zhang Junjie, with whom they travelled to Heilongjiang, are also believed to be in detention, although their status is currently unclear. 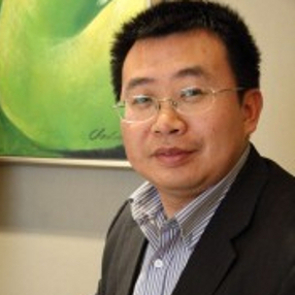 Jiang Tianyong is a human rights lawyer in China. Based in Beijing, he is a prominent figure in the Weiquan (rights defending) movement, and has defended Tibetans, petitioners, Falun Gong adherents, HIV/AIDS victims, and other vulnerable groups.

On 23 March 2014, it was confirmed that two human rights lawyers, Messers Tang Jitian and Jiang Tianyong, have been given a 15 day administrative detention sentence following their attempts to investigate an unofficial detention centre, also known as a black jail, in China's north eastern Heilongjiang province. Their two colleagues, Messers Wang Cheng and Zhang Junjie, with whom they travelled to Heilongjiang, are also believed to be in detention, although their status is currently unclear.

All four human rights defenders have a record of taking on politically sensitive cases and for the past number of years have been extremely active in defending the rights of others. As a result of their work, they have been subjected to harassment, detention, beatings and disappearances. In 2011 Jiang Tiangyong and Tang Jitian were forcibly disappeared and tortured for a number of months during a widespread crackdown on human rights defenders in the country. In February 2014, Wang Cheng was detained following his involvement in the launch of an online petition calling on China to ratify to International Covenant on Civil and Political Rights.

On 20 March 2014 the four lawyers travelled to Heilongjiang province at the request of relatives of people who had been illegally detained in a so-called black jail. At around 8.30am on 21 March, the human rights defenders were detained following their visit to a 'Legal Education Centre' at Qinglongshan state farm, where a number of people were being illegally held. Family members of those being held in the black jail who had travelled with the lawyers to the site were also detained.

On 23 March it emerged that lawyers Tang Jitian and Jiang Tianyong had been given sentences of 15 days administrative detention for “using cult activities to endanger society”. It is believed the charge relates to the fact that people who have been illegally detained in the black jail are Falun Gong practitioners. Such a sentence can be handed down at the sole discretion of the police in China without the need for any judicial review. There is currently no information regarding the whereabouts or status of Wang Cheng and Zhang Junjie.

Front Line Defenders is gravely concerned for the physical and psychological integrity of Wang Cheng, Zhang Junjie, Tang Jitian and Jiang Tianyong, particularly given the precedent for torture in Chinese detention centres and against the human rights defenders in the past.

Front Line welcomes the release from police custody of human rights defender and lawyer Mr Jiang Tianyong on 19 April 2011. Jiang Tiangyong had been missing since 19 February 2011 when he was abducted from his brother's home in Beijing by police. His family were given no information on his whereabouts or on what charges he was being held.

Front Line remains concerned by reports that up to 19 other human rights defenders are still missing, including human rights lawyer Mr Teng Biao, who was abducted on the same day as Jiang Tianyong and has not been heard from since. A day after his abduction on 19 February, police from the Beijing Public Security Bureau reportedly searched Teng Biao's home and confiscated items including two computers and a printer. In December 2010, Teng Biao was detained, assaulted and seriously threatened by police officers when he attempted to visit the mother of a friend under house arrest.

Human rights defenders Messrs Jiang Tianyong and Teng Biao remain missing following their disappearances on the 16 and 19 February 2011. Jiang Tianyong and Teng Biao are Beijing-based human rights lawyers who have had their licenses to practice law revoked as a result of their human rights work. They have been at the forefront of the rights defence movement in China over the past number of years, and have previously been threatened, harassed and abducted by the Chinese security services. They were the subject of a Front Line Urgent Appeal on 17 February 2011, and a subsequent update on 23 February 2011.

The two were detained on 16 February 2011 following a meeting with a number of other Beijing-based human rights defenders to discuss the ongoing house arrest of human rights lawyer Chen Guangcheng. Teng Biao was originally placed under house arrest, but went missing on 19 February. A third lawyer who had attended the meeting, Mr Tang Jitian, was also disappeared on 19 February and was reportedly returned to his home province of Jilin on 5 March, where he has remained uncontactable and is believed to be under house arrest.

In recent weeks, up to twenty other human rights defenders have been detained and are under criminal investigation on various charges as calls to participate in protests in cities across China have circulated online. These include blogger Mr Ran Yunfei, human rights defender Mr Chen Wei, writer Mr Gu Chuan, and cyber-activists Messrs Zhang Jiannan, Hua Chunhui and Guo Weidong, who reportedly posted information about the protests online.

Furthermore, Gungzhou-based webmaster of Independent Chinese Pen Centre, Mr Ye Du, has been subjected to residential surveillance since 1 March 2011, and has reportedly been accused of 'inciting subversion of state power'.

Front Line believes that the continued disappearance of Jiang Tianyong and Teng Biao, as well as the aforementioned acts of judicial harassment against Ran Yunfei, Chen Wei, Gu Chuan Zhang Jiannan, Hua Chunhui, Guo Weidong and Ye Du are directly related to their legitimate and peaceful work in defence of human rights. Front Line is gravely concerned for the physical and psychological integrity of Jiang Tianyong and Teng Biao, as it is believed that their continued detention in an undisclosed location constitutes not only a grave transgression of their fundamental human rights but points to a clear risk of torture or ill-treatment.