About Ilgar Nasibov
Status:
Threatened
About the situation

On 5 November 2014 Nakhchivan District Court ruled to drop charges against local human rights defender Mr Ilgar Nasibovwho was viciously beaten in his office on 21 August 2014 but subsequently accused of 'deliberately inflicting damage to the health' of his assailant. 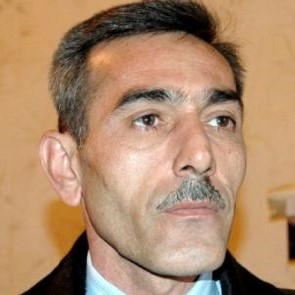 Ilgar Nasibov and his wife, Ms Malahat Nasibova, have been outspoken journalists in Nakhichevan and have worked for the Democracy and NGO Development Resource Centre, which defends victims of human rights violations and investigates police abuses.

On 5 November 2014 Nakhchivan District Court ruled to drop charges against local human rights defender Mr Ilgar Nasibovwho was viciously beaten in his office on 21 August 2014 but subsequently accused of 'deliberately inflicting damage to the health' of his assailant.

The court also ruled to revoke the travel ban that Ilgar Nasibov had received. However, the human rights defender is prohibited from leaving Nakhchivan for twenty days.

On 4 November 2014, during the court hearing in Nakhchivan City Court where both cases were being heard, Farid Askerov pleaded guilty to the same charge of 'deliberately inflicting damage to health', stating that “he was drunk” and “could not control his actions” when he attacked Ilgar Nasibov. Farid Askerov asked the human rights defender to forgive him and to come to an agreement by which both parties would drop their suit against the other. Ilgar Nasibov accepted his apologies and dropped the suit, explaining that he saw several people attack him and suggested that Farid Askerov was “involved in provocation” while other people had in fact ordered the attack. The court therefore dropped the charges against Farid Askerov. During the next court hearing, on 5 November 2014, Farid Askerov dropped his suit, as promised, and the charges against Ilgar Nasibov were also dropped.

On 22 September 2014, human rights defender Mr Ilgar Nasibov was accused of 'deliberately inflicting damage to health' under Article 127.1 of the Azerbaijan's Criminal Code and the police imposed a travel ban.

On 22 September 2014, human rights defender Mr Ilgar Nasibov was summoned to the police station in the city of Nakhchivan, Azerbaijan for an identification parade between the human rights defender and an individual named Farid Askerov. On the same day, Farid Askerov accused Ilgar Nasibov of breaking his finger, allegedly with a glass bottle. It is unclear on what evidence this allegation is based. Subsequently lgar Nasibov was accused of 'deliberately inflicting damage to health' under Article 127.1 of the Azerbaijan's Criminal Code and the police imposed a travel ban, forbidding the human rights defender from leaving Nakhchivan without the permission of the investigative authorities.

On 21 August 2014, Farid Askerov had requested a meeting with Ilgar Nasibov at 8 p.m. in his office. After a brief conversation, the human rights defender was knocked unconscious. Several unidentified people subsequently raided the office. It is believed that they also beat Ilgar Nasibov. In the attack, he lost a lot of blood and suffered a concussion, broken cheekbones, nose, and ribs and loss of vision in one eye. After Ilgar Nasibov received essential first aid at a local hospital, his wife decided to take him home for security reasons. Since the beating, the human rights defender requires long-term medical treatment, involving treatment outside of Nakhchivan.

The human rights defender has reportedly received threatening phone calls since the attack and has been followed while travelling to hospital appointments. One week after the attack, Ilgar Nasibov travelled to Turkey for medical treatment. Police in Nakhchivan notified the human rights defender that he was permitted “three or four days” for the treatment abroad, and that he must then return to Nakhchivan.

It is reported that Farid Askerov cooperated with national security agents and was involved in the beating of Ilgar Nasibov. Police subsequently charged Farid Askerov with 'deliberate infliction of damage to health' of Ilgar Nasibov, but was released under police supervision and travel restrictions.

Since then, Ilgar Nasibov must register himself every Thursday with local police. On 22 September, the human rights defender petitioned investigative authorities to allow him to continue his treatment in the city of Baku. He has yet to receive an official response. Ilgar Nasibov has no lawyer to represent him in Nakhchivan since local lawyers in Nakhchivan and Baku are reportedly afraid to work on his case. Friends of the human rights defender's family have faced intimidation, and relatives have been targeted in a smear campaign. If official charges are brought against Ilgar Nasibov and he is found guilty, he may face up to a two-year prison sentence.

The brutal attack on the journalist Ilgar Nasibov, in Nakhchivan, Azerbaijan, is an outrage, and Azerbaijan’s authorities should ensure a prompt, effective and impartial investigation.

The Azerbaijani authorities should ensure that the investigation into the assault is effective, thorough, and impartial. It should examine as a potential motive that the attack was connected to Nasibov’s work as a journalist and human rights defender. The investigation should be capable of identifying and bringing to justice those responsible for this assault. The authorities should also ensure that Nasibov gets immediate access to medical treatment as recommended by medical specialists.

On 21 August 2014, several unidentified people attacked Nasibov in the office of the Resource Centre for Development of NGOs and Democracy in Nakhichevan, according to the centre’s director and Nasibov’s wife, the Rafto Human Rights Laureate Malahat Nasibova. The attackers beat Nasibov unconscious and ransacked the office. Nasibov was seriously injured, including a concussion, broken cheekbones, nose, and ribs and loss of vision on one eye. After Nasibov received essential first aid at a local hospital, Malahat Nasibova decided to move her husband home for security reasons.

International medical experts, consulted by the group, said Nasibov had suffered trauma to his face, chest and head, and needs to be monitored closely to detect dangerous deterioration. The medical documentation and photos provided show that there is an urgent need for further intensive care from specialists who are not available in Nakhchivan.

Nasibova and her family have for years been subjected to physical and psychological pressure because of their human rights work. The Resource Center is the only independent group in Nakhchivan, and is working on sensitive cases to restore justice to victims of human rights violations. Among the cases the group has been involved with is the death ofTuraj Zeynalov as a result of police torture. The Resource Center has filed a complaint under the European Convention on Human Rights against Azerbaijan regarding Zeynalov’s treatment and death. In July, the European Court of Human Rights relayed the case to the Azerbaijani authorities. Malahat Nasibova and Ilgar Nasibov have received numerous, anonymous threats in the past two years. Turan News Agency, to which Nasibov has regularly provided information, has also received threats from unknown people related to its coverage of Zeynalov’s death.

This violent attack coincides with a new wave of government repression against civil society, and takes place during Azerbaijan’s chairmanship of the Committee of Ministers of the Council of Europe. Leila Yunus, her husband Arif Yunus, Intigam Aliyev, and Rasul Jafarov - some of the country’s most prominent activists involved in raising international awareness about human rights violations in Azerbaijan - have recently been put in pre-trial detention on trumped-up charges. The Office of the Institute Reporters` Freedom and Safety (IRFS) was closed by law enforcement authorities and its staff is being interrogated, and several other groups have had to suspend their work or close altogether. Several human rights activists face travel bans, or are in hiding or have left the country out of fear for their security.