About Héctor Francisco Medina Polanco
Status:
Killed
About the situation

On 10 May evening, Héctor Francisco Medina Polanco was shot and fatally wounded on his way home from his place of work. 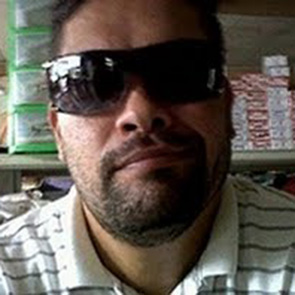 Héctor Francisco Medina Polancowas the producer and host of a news programme on provincial television channel Alfa & Omega Visión in which he addressed issues such as corruption in the municipal government and land disputes.

Front Line is deeply saddened by the news of the death of human rights defender and journalist Mr Héctor Francisco Medina Polanco on 11 May 2011. A few hours before, on 10 May evening, Héctor Francisco Medina Polanco had been shot and fatally wounded on his way home from his place of work. He was the producer and host of a news programme on provincial television channel Alfa & Omega Visión in which he addressed issues such as corruption in the municipal government and land disputes.

On 10 may 2011, at approximately 7:30 pm, Héctor Francisco Medina Polanco was followed by two men on motorcycles as he was returning home from work following a news broadcast. He was trailed by the men and shot repeatedly outside his home in Morazán. It is reported that he died in the early hours of the morning on 11 May 2011, in a hospital in the northern city of San Pedro Sula, from the gunshot injuries he had received.

According to his brother, Carlos Alberto Medina Polanco, Héctor Francisco Medina Polanco had received death threats on several occasions over the past six months as a result of his work in publicising human rights issues. He spoke out on agricultural issues and was a strong critic of the actions of the National Police and private security groups who guard the property of wealthy estates owners in the areas where drug gangs notoriously operate. He often spoke out against irregularities in Morazán's municipal government and raised social, political and education issues on his news programme. He also worked on a governmental education project called 'Programa Hondureño de Educación Comunitaria' (Honduran Programme for Community Education).

The killing of Héctor Francisco Medina Polanco follows a series of recent attacks against journalists and is the eleventh murder of a journalist in Honduras since the beginning of 2010, none of which have been investigated to date. In April 2011 a director of a San Pedro Sula-based Radio station was ambushed by a group of armed men outside his home. In March seven journalists were harassed and detained while they were covering a week-long teachers' protest and earlier that month the director of a community radio station was shot following the station's critical coverage of land disputes.