About Ge Yongxi
Status:
Travel ban
About the situation

On 8 September 2015, Ge Yongxi was blocked from travelling to Hong Kong without being shown any documents authorising his travel ban. The human rights lawyer was questioned and detained a number of times in 2015 as a result of his work. 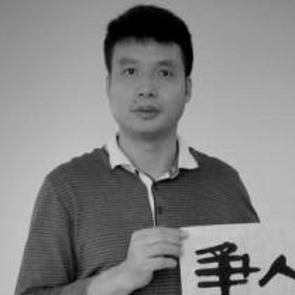 Ge Yongxi is a Guangdong-based human rights lawyer working with An Guo Law Firm. He has defended Christian pastors, anti-corruption activists and those involved in a non-violent civil disobedience movement

On 6 June 2015, at approximately 12.50 pm, human rights lawyer Mr Ge Yongxi was released from a detention centre in Qing'an Country, Heilongjiang Province, where he had been held since 1 June 2015.

Ge Yongxi's release came after the launching of a petition by 733 lawyers from throughout China, calling on the Standing Committee of the National People's Congress to investigate the circumstances regarding Ge Yongxi's
detention, along with five other human rights lawyers, in the course of carrying out their professional duties.

On 1 June 2015, Ge Yongxi, along with fellow lawyers Tang Tianhao, Ma Lianshun and Xu Zhong, went to Qing'an county to represent lawyers You Feizhu and Ma Wei, who had been arbitrarily detained on 28 May 2015. On their arrival, local police refused to disclose the whereabouts of You Feizhu and Ma Wei, and following numerous unsuccessful attempts to locate them, Ge Yongxi and his colleagues reported them as missing persons. They themselves were detained later on the same date. Ge Yongxi was handed a 15-day administrative detention sentence, along with Tang Tianhao and Ma Lianshun. Xu Zhong was held for 26 hours before being released.

The petition launched in the favour of Ge Yongxi and his five colleagues further called on the Standing Committee to address the increase in abuses lawyers have been subjected to in the carrying out of their work.

Front Line Defenders welcomes the release of Ge Yongxi, but expresses its concern at the growing climate of abuse of human rights lawyers in the course of their legitimate work, which represents a broader strategy of intimidation of human rights defenders.

Between 28 May and 1 June 2015, authorities detained six human rights lawyers in Qing'an county, Heilongjiang province following the lawyers' attempts to meet with their clients.

You Feizhu, Tang Tianhao, Ge Yongxi and Ma Lianshun are currently serving out a 15-day period in administrative detention. Another lawyer, Mr Ma Wei, was detained on 28 May and reportedly released on 3 June. A sixth lawyer, Mr Xu Zhong, was detained for 26 hours. All six lawyers have a history of taking on human rights cases or exposing official abuses.

On 28 May 2015, lawyers You Feizhu and Ma Wei travelled to Qing'an county in Heilongjiang province to represent a number of citizens who had been detained in the county the previous week. The citizens had themselves gone to Qing'an to support the family of a man who was shot dead by police following an altercation in Qing'an train station on 2 May. When the three lawyers arrived at Qing'an Detention Centre, where it is believed their clients are being held, they were refused permission to access them. In protest, the lawyers chanted slogans outside the detention centre demanding that they be permitted to meet with their clients. That same day Ma Wei was reportedly disappeared, and the following day, You Feizhu's brother was informed that You Feizhu had received a 15-day administrative detention sentence for 'picking quarrels and provoking troubles'. Ma Wei was released from police custody on 3 June.

On 1 June 2015 lawyers Tang Tianhao, Ma Lianshun, Ge Yongxi and Xu Zhong went to Qing'an county to represent their two detained colleagues, You Feizhu and Ma Wei. On their arrival, local police refused to disclose the whereabouts of their two colleagues and following numerous unsuccessful attempts to locate them, the lawyers reported them as missing persons to the police. That same day all four lawyers were detained. Tang Tianhao, Ma Lianshun and Ge Yongxi have been handed 15 day administrative detentions while Xu Zhong was released after being held for 26 hours.

Human rights lawyers have previously been targeted in a similar manner in Heilongjiang. On 23 March 2014, four lawyers were detained following their visit to an unofficial detention centre in the province, where a number of people were being illegally held. Three of the lawyers in question were given 15 day administrative detention sentences, and one was detained for six days. All were beaten while in custody.

Front Line Defenders expresses its concern regarding the ongoing detention of lawyers You Feizhu, Tang Tianhao, Ma Lianshun and Ge Yongxi. It believes that their detention relates solely to their peaceful and legitimate work both as lawyer and human rights defenders. Furthermore, Front Line Defenders notes with alarm that this is the latest in a series of punitive measures taken against human rights lawyers in China.