About Elchin Mammad
Status:
Judicial Harrassment
About the situation

On 23 June 2015, police in Azerbaijan once again summoned human rights defender Mr Elchin Mammad for interrogation due to the charges brought against him and his NGO in April 2015 and last year respectively. 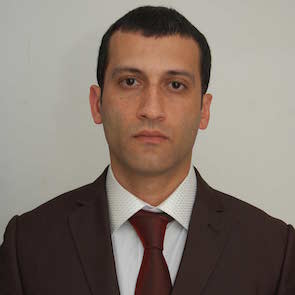 Elchin Mammad is President of the Social Union of Legal Education of Sumgait Youth, which was founded in 2000 in Sumgait, Azerbaijan. The NGO provides free legal assistance to low income families, and legal support for the creation of local NGOs. It also organises experience exchanges for human rights defenders. Elchin Mammad is a human rights lawyer and editor-in-chief of the newspaper “Yukselish Namine”, which reports on activities of human rights defenders and NGOs in Azerbaijan.

On 23 June 2015, Elchin Mammad was summoned by police for interrogation at the 1st Section of the Sumgait City Police Office. The human rights defender was questioned for three hours regarding the criminal case opened against him in April 2015, as well as that opened against a group of Azerbaijani NGOs, including the Social Union of Legal Education of Sumgait Youth, in 2014. The prosecutor informed Elchin Mammad that he must notify the local police if he wishes to leave the city of Sumgait, where he lives and works in.

The human rights defender was arrested at Baku Airport on 29 May 2015, upon having participated in the session of Parliamentary Assembly of the Council of Europe. Police officers there informed Elchin Mammad of the criminal case which had been opened against him on 10 April 2015, on charges of illegal business and excess of official powers (Article 192.1 and 309.1 of the Criminal Code of the Azerbaijan). He was subsequently brought to the Main Organised Crime Department of Azerbaijan and detained there for 12 hours without further explanation. On the next day it was stated by the authorities that the human rights defender was not allowed to leave the country, however, no legal order for the decision was provided.

Elchin Mammad has also been repeatedly summoned to the Investigation Department of Serious Crimes of the General Prosecutor's Office in relation to a separate criminal case against the Social Union of Legal Education of Sumgait Youth, which was opened last year. He was required to submit all documents about the NGO's activities and funding following a request by the case Prosecutor. The local tax authority, in cooperation with the Sumgait branch of the International Bank of Azerbaijan, was required to report on all transactions being made through the NGOs' bank account.

The harassment of Elchin Mammad is another example of the intensifying crackdown on civil society in Azerbaijan, where human rights defenders, journalists and critics of the government are being consistently harassed through the arbitrary application of judicial sanctions such as travel bans and imprisonment, as has been seen in the cases of human rights defenders Rasul Jafarov, IntigamAliev, Khadija Ismail as well as Leyla Yunus and Arif Yunus.