About Damaris Moya Portieles
Status:
Threatened
About the situation 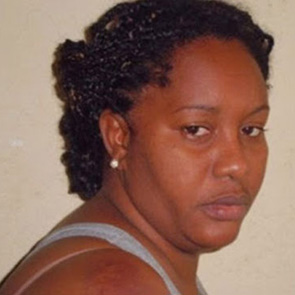 Damaris Moya Portieles is an activist and member of the Movimiento Femenino por los Derechos Civiles Rosa Parks (Rosa Parks Feminist Movement for Civil Rights) and is vice-president of the Coalición Central Opositora (Central Opposition Coalition), which works to protect the well-being of children and the elderly and has protested against unjust evictions carried out by government forces.

On 13 March 2014, the women human rights defender was detained within the vicinity of the headquarters of the Frente Nacional de Resistencia Cívica Orlando Zapata Tamayo – Frente OZT (the 'Orlando Zapata Tamayo' National Front of Civic Resistance) in order to prevent her participation in the weekly meeting of the Frente OZT committee. On 25 February 2014, Damaris Moya Portieles participated in the Geneva Summit for Human Rights and Democracyby presenting a speech on her human rights work in Cuba.

The repression against the human rights defender and her children has been constant. Front Line Defenders issued an Urgent Appeal on 7 January 2014 after her 5-year-old son and 8-year-old daughter were assaulted by state security agents in Santa Clara, and required medical treatment. Furthermore, on 10 October 2013 Damaris Moya Portieles was beaten unconscious and arrested by Cuban police while at home with her two young children. Front Line Defenders remains gravely concerned by the risk of physical attack facing Damaris Moya Portieles and her family, especially in light of her international advocacy in Geneva earlier in 2014.

The son and daughter of the human rights defender were on their way to visit the president of the Movimiento Feminino por los Derechos Civiles Rosa Parks, Ms Yris Pérez Aguilera, when they were beaten by the National Revolutionary Police. Damaris Moya Portieles had to bring them to a medical centre for immediate attention. At this moment, the children are physically recovered but are suffering from psychological trauma.

Throughout the past year, Damaris Moya Portieles was the subject of various intimidatory acts, sexual abuse in detention, and the threat of the rape of her young daughter. Front Line Defenders previously issued an urgent appeal on her case on 10 October 2013.

In December 2013, particularly in the context of vigils and protests around International Human Rights Day on 10 December 2013, there was an increase in the number of detentions. 1,123 people were arbitrarily detained over the month, amongst these dissidents, political opposition figures, protesters and human rights defenders.

On 4 October 2013 human rights defender Ms Damaris Moya Portieles was attacked and arrested by Cuban police while at home with her two young children. She received so many hits to her head that she lost consciousness and was taken away from her home by the agents, to an unknown location.

This is the ninth attack she has experienced since 4 August 2013 when Jorge Luis García Pérez (known as Antúnez) and his wife Yris Perez Aguilera, respectively President's of the Central Opposition Coalition and the Rosa Parks Feminist Movement for Civil Rights, left the country.

Damaris Moya Portieles' home has been broken into on three occasions and her belongings have been destroyed, her two young children have been physically assaulted and she has been victim of so called actos de repudio (acts of repudiation), when pro-government mobs acting as “Rapid Response Brigades” harass, threaten, insult and attack peaceful human rights defenders.

Previously, on 25 January 2013, Damaris Moya Portieles was sexually violated during her detention when she was forcibly restrained, stripped naked and had a pencil inserted into her genitalia. The authorities claimed they were "searching for a cell phone". On 2 May 2012, Damaris Moya Portieles was participating in a candlelit vigil in Santa Clara to demand the release of all Cuban political prisoners when she was forcefully arrested and escorted to a police unit with several other activists. While in her cell, State Security Agent Eric Francis Aquino Yera ordered two common prisoners to threaten her. They proceeded to give full details about how they would rape the human rights defender's 5 year-old daughter.