About Cairo Institute for Human Rights Studies
Status:
At work
About the situation

On 9 June 2015, the Egyptian judge appointed to investigate human rights NGOs authorized a committee to inspect the main offices of the Cairo Institute for Human Rights Studies (CIHRS).

About the Cairo Institute for Human Rights Studies 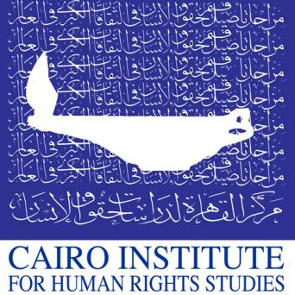 Cairo Institute for Human Rights Studies (CIHRS) is a prominent NGO which was founded in Egypt in 1993. It works for the promotion of human rights in Egypt and the Arab region through advocacy, policy research and human rights education. CIHRS enjoys consultative status with the United Nations ECOSOC and observer status with the African Commission for Human and Peoples’ Rights. In December 2014, CIHRS decided to move its regional and international programs to Tunisia in light of increasing threats to human rights organisations in Egypt.

On 9 June 2015, the Egyptian judge appointed to investigate human rights NGOs authorized a committee to inspect the main offices of the Cairo Institute for Human Rights Studies (CIHRS).

The CIHRS's sources of funding, activities, membership and legal status shall now be investigated in order to assess whether the organisation complies with the restrictive Association Law 84/2002.

The authorisation of inspection follows a speech delivered by Mr Bahey Edin Hassan, CIHRS's founder and general director, before the European Parliament Human Rights Subcommittee on 28 May 2015. Hassan reported that Egypt has become "a republic of fear", citing the "total absence" of judicial checks and balances.

The investigation of CIHRS is a clear indication that Egyptian authorities are taking serious steps to implement their plan, announced in July 2014, to shut down all associations which do not comply with Association Law 84/2002. CIHRS is the second organisation to be targeted by the investigating judge.

Judicial investigation into illegal foreign funding allegedly received by human rights organisations led in June 2013 to the closure of the offices of five international NGOs in Egypt and the conviction of 43 of their foreign and Egyptian staff members. Such investigations began to take place in 2011.

Restrictions imposed on Egyptian civil society have been intensifying steadily over recent years through the criminalisation of their work, stigmatisation in both public and private media, suffocating legal requirements and restrictions on access to funding. CIHRS's director and one of its board members were forced to leave Egypt in 2014 for concerns over their personal security following the receipt of death threats. Similarly, The Egyptian Democratic Academy is currently under investigation and four members of the organisation's staff, including its founders, have been banned from travelling.

Front Line Defenders urges the authorities in Egypt to refrain from bringing any proceedings against CIHRS and its members, and to guarantee in all circumstances that all human rights defenders in Egypt are able to carry out their legitimate human rights activities without fear of reprisals and free of all restrictions.