About Arely Victoria Gómez
Status:
Threatened
About the situation

On the evening of 9 August 2013, human rights defender Ms Arely Victoria Gómez, was physically attacked by four men who beat her and robbed her of her belongings. 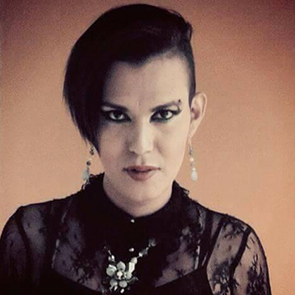 Arely Victoria Gómez is one of the most visible transgender activists in Honduras. She has led campaigns and lawsuits in defence of the rights of lesbian, gay, bisexual, transgender and intersex (LGBTI) people and she is the head of the trans movement within the Asociación para una Vida Mejor – APUVIMEH (Association for a Better Life).

On 15 December 2013, at 2.30pm, the offices of the Asociación para una Vida Mejor – APUVIMEH (Association for a Better Life) were assaulted by unknown armed men. They threatened to kill all members of APUVIMEH if they were not paid 13,000 Honduran Lempira (470 Euro). In light of repeated death threats, APUVIMEH has stopped its human rights advocacy and will close down its facilities.

On 15 December 2013, APUVIMEH was holding its Christmas party in its offices. At 2.30pm, a young man, reportedly carrying a firearm under his brown jacket, attacked the offices and threatened that he would kill everybody in the event if he was not paid 13,000 Lempira. Human rights defender, Ms Sandra Zambrano, asked him to return later on, because there were minors present at the time. A few minutes later, after evacuating the children with their families, the same young man came back with another man. They forced Sandra Zambrano to listen to a cellular phone, and a third man’s voice threatened her to pay the requested amount the following day or else all members of APUVIMEH would be killed. The assailants left the offices, and since then, the threats have not materialised. It is known that threats come from police officers that are assigned to Eden post and corp 7 in Tegucigalpa.

The attack on the APUVIMEH offices came one day after Sandra Zambrano returned from a human rights forum in Bogotá. This is the latest in a series of threats facing human rights defenders in Honduras. On 13 November 2013 at 5.30pm, following a memorial service for human rights defender, Mr Walter Trochez, who had been killed in 2009, Messrs Frank Ortizand Oscar Ortiz were followed by unknown men and stripped of their mobile phones. They were told that it was in retaliation against their protest actions.

On 17 October 2013, Mr Iván Gerardo Artola, a founding member of APUVIMEH, was followed by men dressed in black nearby the organisation's offices, and was forced to hide in a relative's house. The day before, the house of the APUVIMEH President, Mr José Zambrano, was raided by men dressed in military uniforms. They told José Zambrano that they were looking for someone and that, if he moved, they would shoot him.

On the evening of 9 August 2013, human rights defender Ms Arely Victoria Gómez, was physically attacked by four men who beat her and robbed her of her belongings. At approximately 8.20 pm, a group of nine human rights defenders and persons associated with APUVIMEH had left a meeting at the Department of Human Rights in the centre of Tegucigalpa, when they heard two men on motorbikes pass by and shout “Here come the mad ones – shoot, shoot!” The group quickly ran in a different direction; however, two blocks further away, just after 8.40 pm, a group of four men physically assaulted Arely Victoria Gomez, beating her severely and stealing both her valuables and a host of other items she was wearing, including her shoes. She is currently being treated for her injuries and has been moved to a different location out of concern for her safety.

There are strong indications that the attack was targeted, and motivated by Arely Victoria Gomez's activities in defence of LGBTI rights in Honduras. In addition to the actions by the assailants , Arely Victoria Gomez and other members of APUVIMEH have in recent times come into the focus of the media due to a high-profile lawsuit they have brought against the evangelical pastor Evelio Reyes, Presidential candidate Salvador Nasralla, and other public figures for alleged homophobic discrimination and hate speech. The verdict in the case against pastor Evelio Reyes is due to be given on 15 August 2013. In retaliation, a hostile media campaign has focused on LGBTI rights defenders, and members of APUVIMEH have frequently been targeted with insults, negative comments and hostile attitudes.

The daughter of APUVIMEH project manager, Ms Sandra Zambrano, was kidnapped, and held for three hours, from the same spot where Arely Victoria Gómez was attacked; Front Line Defenders issued an urgent appeal on this case on 21 June 2013. Another transgender member of APUVIMEH, Jonatán Cruz, was shot by unknown assailants in June 2013 some two blocks of where this latest attack took place.

Front Line Defenders is gravely concerned for the safety and the physical and psychological integrity of Arely Victoria Gómez and other members of APUVIMEH, given the hostile media attention focusing on them and the history of violence against members of the organisation for its legitimate and peaceful human rights activities. All human rights defenders in Honduras have to carry out their activities in a context marked by extremely high levels of violence and alarming murder rates; those focusing on LGBTI rights and gender identity are at even greater risk due to their marginalisation within society and hostile attitudes from influential public figures and opinion makers.