About Arão Bula Tempo
Status:
Charges dropped
About the situation

On 11 July 2016, the Provincial Court of Cabinda dropped the charges against human rights defender Dr. Arão Bula Tempo due to a lack of evidence.

The Court found that the charges of “collaboration with foreigners to constrain the Angolan state” and “rebellion” were not supported by evidence provided by the prosecution. 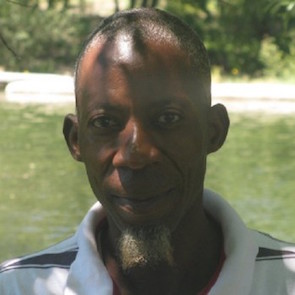 Dr. Arão Bula Tempo is a human rights defender and lawyer from Cabinda Province who has worked extensively to denounce corruption, human rights violations and bad governance in the region. He has been the only lawyer in Cabinda Provice to consistently take on clients who have been victims of arrest, arbitrary detention and torture by Angolan security forces.

On 11 July 2016, the Provincial Court of Cabinda dropped the charges against human rights defender Dr. Arão Bula Tempo due to a lack of evidence. The Court found that the charges of “collaboration with foreigners to constrain the Angolan state” and “rebellion” were not supported by evidence provided by the prosecution.

The human rights defender was formally charged on 22 October 2015, and, although he was conditionally released, he had been waiting for a trial date to be scheduled since October.

Dr. Arão Bula Tempo was first arrested on 14 March 2015 for his work related to a peaceful demonstration to denounce corruption, human rights violations and bad governance in Cabinda that was scheduled to take place that same day. Dr. Arão Bula Tempo was accused of inviting foreign journalists from Congo Brazzaville to attend the demonstration. His colleague, Jose Marcos Mavungo, also faced similar charges related to his participation in the peaceful protest.

While Front Line Defenders welcomes the decision from the Provincial Court of Cabinda, it calls on the Angolan government to issue an official apology and guarantee appropriate compensation to Dr. Arão Bula Tempo for the damage caused to his health, reputation and work resulting from the criminal charges brought against him. Additionally, Front Line Defenders urges the Angolan authorities to cease targeting all human rights defenders and guarantee in all circumstances that they are able to carry out their legitimate human rights activities without fear of reprisals and free of all restrictions including judicial harassment.

On 13 May 2015, human rights defender Mr Arão Bula Tempo was conditionally released pending trial after two months of imprisonment solely for his involvement in the organisation of a peaceful protest against human rights violations and bad governance in Cabinda. As a condition for his release, he must not leave the country without authorization. Mr José Marcos Mavungo, who was also arrested for planning the protest continues to be detained for investigation. His health remains unstable. Both human rights defenders are accused of committing crimes against the security of the state.

On 20 March 2015, Arão Bula Tempo and José Marcos Mavungo were charged with “collaboration with foreigners to constrain the Angolan state” and “rebellion”, respectively, both considered crimes against the security of the state. These accusations are in relation to a peaceful demonstration to denounce corruption, human rights violations and bad governance in Cabinda, which was scheduled to take place on the day of their arrest. Conviction on the charge of rebellion is punishable by up to 12-years' imprisonment, whilst the charge of collaboration with foreigners carries a potential 5-year sentence.

The human rights defenders were initially detained on 14 March 2015, in the province of Cabinda. José Marcos Mavungo was arrested for planning the demonstration, at a Church compound as he was going to his regular morning mass. Arão Bula Tempo was arrested by security forces in Cabinda near the border with Congo Brazzaville, reportedly for having invited journalists from the Republic of the Congo to cover the demonstration.

Front Line Defenders has received worrying reports concerning the health of human rights defenders Messrs Arão Bula Tempo and José Marcos Mavungo. On the afternoon of 9 April 2015, José Marcos Mavungo was transferred from the Central prison of Yabi to the Intensive Care Unit at the Central Hospital in Cabinda due to serious heart problems. On the same morning, Arão Bula Tempo received treatment at the same hospital due to arterial hypertension, and has since returned to prison. The human rights defenders have been detained on account of their human rights work since 14 March 2015.

Over the last week, the lawyers and families of Marcos Mavungo and Bula Tempo have expressed concerns at the fragile and deteriorating health conditions of the two human rights defenders while they remain in detention. In particular, Arão Bula Tempo had been increasingly suffering from palpitations, anxiety attacks and headaches. On 1 April 2015, Arão Bula Tempo suffered from a hypertensive crisis and was urgently attended to by a doctor at the prison, who confirmed his fragile condition. Arao Bula Tempo suffers from chronic arterial hypertension and needs constant treatment.

On 16 March 2015, Arao Bula Tempo and José Marcos Mavungo were transferred to the Central prison of Yabi in Cabinda following their arrest on the morning of 14 March 2015 in the province of Cabinda. They are charged with sedition in relation to their organisation of a peaceful demonstration to denounce corruption and bad governance in Cabinda. The demonstration was planned to take place on the same day that they were arrested. Reportedly, the authorities had pressured the organisers of the demonstration not to hold the event. The human rights defenders have as of yet not been informed of the date of their hearing.