On 9 November 2016, Abdulnabi Al-Ekry was summoned by Bahraini Public Prosecution for interrogation on 10 November. 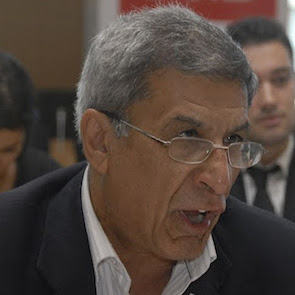 Abdulnabi Al-Ekry is a writer and civil society activist.  He is the Director General of the National Centre for Studies and previously served as the President of the Bahrain Transparency Society.  He is a member of the Bahraini Society for Human Rights and has authored many books in Arabic including Leftist Movements in the Arab Gulf.

Abdulnabi Al-Ekry is a well-known human rights defender and political writer in Bahrain. He is the Director General of the National Centre for Studies and previously served as the President of the Bahrain Transparency Society. He is also a member of the Bahrain Human Rights Observatory (BHRO)  and Bahrain Society for Human Rights.

Travel ban orders have recently been used to curtail the activities of human rights defenders in Bahrain. On 12 June 2016, as the UNHRC convened, Bahraini security forces prevented three human rights defenders, Mr Hussain Radhi, Ms Ebtisam Al-Saegh and Mr Ibrahim Al-Demistani from travelling to Geneva from Bahrain International Airport to attend the UNHRC and to participate in a side event on the situation of human rights in Bahrain. Their travel bans had also been ordered on 9 June 2016.

Front Line Defenders expresses concern for the travel ban imposed against Abdulnabi Al-Ekry and believes that it is solely motivated by his peaceful and legitimate activities in the defence of human rights in Bahrain.

2. Guarantee in all circumstances that all human rights defenders in Bahrain are able to carry out their legitimate human rights activities, nationally and internationally, without fear of reprisals and free of all restrictions including judicial harassment.