About José Humberto Torres Diaz
Status:
Threatened
About the situation

Human rights defenders and members of the rights organisations Movimiento de Victimas de Crimenes de Estado and its partner organisations in the Departments of Atlántico, Sucre and Magdalena Medio received a number of death threats in 2015 in the form of pamphlets, phone calls and comments to members of their community. 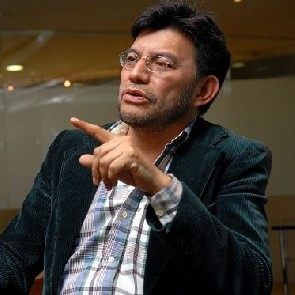 José Humberto Torres Diaz is a leading human rights defender and lawyer working for human rights in Barranquilla, a city in northern Colombia, who has defended the rights of others for nearly 30 years. Working with the Political Prisoners Solidarity Committee (Fundacion Comité de Solidaridad con los Presos Políticos (FCSPP)), he represents many human rights defenders who are subject to specious criminal investigations. He has received death threats and harassment as a result of his work.

Pamphlets, either hand delivered or emailed to a wide range of individuals and groups, state that named individuals and human rights defenders must leave the area they are in and cease all of their human rights activities. The pamphlets, signed and marked with the stamp of a paramilitary group, most frequently “Las Aguilas Negras”, threaten increased targetting against activists who choose to continue their work.

The distribution of these pamphlets comes in the context of long-term harrasment and intimidation of members of MOVICE and other civil society organizations throughout Colombia. Human rights defenders in the country are constantly subjected to threats, intimidation, arbitrary detention, enforced disappearances, physical assaults, torture, killings, illegal searches on their homes and offices and stigmatisation as a result of their activities in defence of human rights.

In the months since Salcedo's death, human rights defenders have continued to face harrassment and threats. On 16 March 2015, at approximately 8:30 pm, a black Twingo car (the registration plate of which is known) was observed outside the home of human rights defender Ingrid Vergara Chavéz. Moments later a black high performance cylinder motorcycle, carrying two unidentified men, was noticed passing by the human rights defender's home a number of times. Ingrid Vergara Chavéz phoned the national police, as the telephone provided to her as part of her security scheme by the National Unit of Protection was going straight to voice-mail. She also phoned her security guards, who arrived immediately. The black car drove off at high speed, the security guards gave chase but were unable to reach them. Ingrid Vergara Chavéz phoned the police again, with officers arriving 45 minutes after the first call had been made. On 17 March 2015, the human rights defender was informed by members of her community that the previous day some men in the same type of car as described above had been asking for her whereabouts and had identified themselves as being members of the Seccional de Investigación Criminal – SIJIN (Criminal Investigation Section) of the National Police and were looking to speak with her.

23 January 1015
Renewed threats against members of MOVICE in the Departments of Atlántico, Sucre and Magdalena Medio

Human rights defenders and members of Movimiento de Victimas de Crimenes de Estado – MOVICE (Movement of Victims of State Crimes) and its partner organisations in the Departments of Atlántico, Sucre and Magdalena Medio have received a number of death threats throughout the month of January in the form of pamphlets, phone calls and comments to members of their community.

On 21 January 2015, the latest in a series of three threatening pamphlets was delivered to human rights defenders and organisations in the Departments of Atlántico and Magdalena Medio. The pamphlet, which claims to be from the paramilitary group identifying itself as theAutodefensas Gaitanistas De Colombia AGC (Gaitan Self-Defense Groups of Colombia), named a long list of persons, including Messrs José Humberto Torres and Franklin Castañeda – both members of CSPP – and Ms Martha Díaz – a member of MOVICE in Atlántico. The pamphlet states that the paramilitary group was at war with the persons named and declares that the human rights defenders were falsely claiming to represent victims of the armed conflict at the peace talks currently taking place in Havana. José Humberto Torres and Martha Díaz attended Front Line Defender's Dublin Platform in 2007 and 2013, respectively, and they, as well as Franklin Castañeda, have been the victim of death threats over many years.

These threats come in the context of long-term targeting of members of MOVICE throughout Colombia. According to sources, the protection measures allocated by the Unidad Nacional de Protección (National Protection Unit) to some of the above-mentioned human rights defenders have not been implemented.