About Franklin Castañeda Villacob
Status:
Threatened
About the situation

Human rights defenders and members of Movimiento de Victimas de Crimenes de Estado – MOVICE (Movement of Victims of State Crimes) and its partner organisations, including the Comité de Solidaridad con los Presos Políticos – CSPP (Political Prisoner's Solidarity Committee) received a number of death threats throughout the month of January 2015 in the form of pamphlets, phone calls and comments to members of their community. 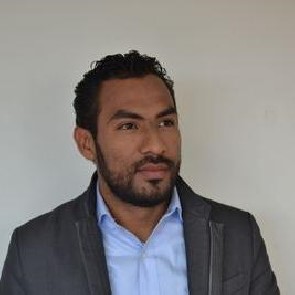 Franklin Castañeda Villacob is the President of the Fundación Comité de Solidaridad con los Presos Políticos. CSPP is one of the founder organizations of the Colombian Coalition against Torture, and provides legal assistance to prisoners and detainees whose rights have been violated. The human rights defender also serves as the national spokesman for the Movement of Victims of State Crimes (MOVICE).

Meet Franklin Castañeda Villacob
23 January 2015
Renewed threats against members of MOVICE in the Departments of Atlántico, Sucre and Magdalena Medio

Human rights defenders and members ofMovimiento de Victimas de Crimenes de Estado – MOVICE (Movement of Victims of State Crimes) and its partner organisations in the Departments of Atlántico, Sucre and Magdalena Medio have received a number of death threats throughout the month of January in the form of pamphlets, phone calls and comments to members of their community.

On 21 January 2015, the latest in a series of three threatening pamphlets was delivered to human rights defenders and organisations in the Departments of Atlántico and Magdalena Medio. The pamphlet, which claims to be from the paramilitary group identifying itself as theAutodefensas Gaitanistas De Colombia AGC (Gaitan Self-Defense Groups of Colombia), named a long list of persons, including Messrs José Humberto Torres and Franklin Castañeda – both members of CSPP – and Ms Martha Díaz – a member of MOVICE in Atlántico. The pamphlet states that the paramilitary group was at war with the persons named and declares that the human rights defenders were falsely claiming to represent victims of the armed conflict at the peace talks currently taking place in Havana. José Humberto Torres and Martha Díaz attended Front Line Defender's Dublin Platform in 2007 and 2013, respectively, and they, as well as Franklin Castañeda, have been the victim of death threats over many years.

These threats come in the context of long-term targeting of members of MOVICE throughout Colombia. According to sources, the protection measures allocated by the Unidad Nacional de Protección (National Protection Unit) to some of the above-mentioned human rights defenders have not been implemented. For more information on the threats faced by members of MOVICE and its partners, please see previous urgent appeals issued by Front Line Defenders.