About António Capalandanda
Status:
Threatened
About the situation 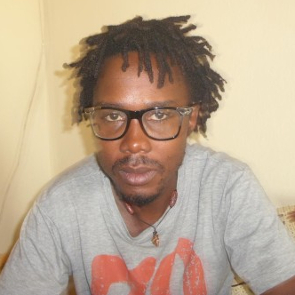 António Capalandanda is a human rights defender and journalist for online news and radio site Voz da América (Voice of America) in Angola. His work has focused on human rights and political violence in the country, as well as investigation of corruption cases involving public officials.

One month after being physically assaulted, human rights defender and journalist Mr António Capalandandacontinues to be subjected to threats and acts of surveillance and intimidation. António Capalandanda is a journalist at online news and radio site Voz da América (Voice of America) in Angola. His work has focused on human rights and political violence in the country, as well as investigation of corruption cases involving public officials.

On various occasions in early January 2013, António Capalandanda was reportedly followed by unidentified men in a vehicle, who parked close to his residence and followed him as soon as he left for work. It is reported that the men, who appeared to monitor what the human rights defender was doing and who he mets with, did not approach him. During the same period that the abovementioned incidents took place, the email of António Capalandanda was hacked by unknown individuals according to his email service provider, which registers the time and Internet Protocol (IP) address when his account is accessed.

On 7 December, 2012, at approximately 11am, two unidentified men on a motorbike assaulted the journalist and stole his camera, a voice recorder and two notepads. One of the men also attempted to take his backpack, unsuccessfully. On the same day, António Capalandanda filed a complaint at Huambo Provincial Police Directorate for Criminal Investigation. The officer who registered the case stated that this type of assault was unusual in the region and added that it seemed the human rights defender was being subjected to surveillance.

António Capalandanda has previously received a number of death threats from individuals identified as state security agents and has been offered to work for the Government in return for the end of his work as a journalist. The human rights defender's family members and friends have also been reportedly subjected to acts of harassment.