About Carlos Maaz Coc
Status:
Killed
About the situation

On 27 May 2017, indigenous and land rights defender, Carlos Maaz Coc, was killed while he attended a peaceful demonstration which called on the authorities to resolve the contamination of Lake Izabal, El Estor, Guatemala, due to mining activities. 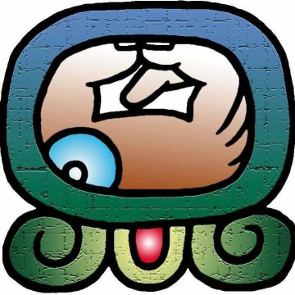 Carlos Maaz Coc was a member of the indigenous Maya-Q’eqchi' community and an environmental and land rights defender. He was part of the Gremial de Pescadores Artesanales – GPA (Artisanal Fishermen’s Guild), which, alongside several other local organisations, tries to protect the human rights of the Maya-Q’eqchi' communities from contamination which may affect their land and endanger their livelihood as a result of nickel mining activities in the region.

On 27 May 2017, indigenous and land rights defender, Carlos Maaz Coc, was killed while he attended a peaceful demonstration which called on the authorities to resolve the contamination of Lake Izabal, El Estor, Guatemala, due to mining activities.

On 27 May 2017, the Guatemalan government unilaterally abandoned negotiations with GPA, which were organised in an attempt to find a solution to the problems of the community caused by mining activities. At approximately 3.00pm, the community of El Estor decided to conduct a peaceful demonstration by closing the road leading to Alta Verapaz and the mining facilities. The Ministry of Interior of Guatemala ordered the deployment of the National Civil Police riot police unit to the region. The disproportionate use of force, including the use of rubber bullets, live ammunition, gas bombs and sound bombs, caused many people to be injured and led to the death of Carlos Maaz Coc, who was shot dead.

Several Guatemalan officials, including the Minister of Environment, Sydney Samuels, have publicly denied the killing.

In 2006, the Guatemalan government issued mining licenses to the Compañía Guatemalteca de Níquel – CGN (Guatemalan Nickel Company), owned by the Canadian company HudBay Minerals Inc. The government failed to seek the previous, informed and free consent of the El Estor indigenous communities, a requirement stated in the International Labour Organization Convention 169. The mining activities in the surroundings of Lake Izabal have caused its contamination by toxic metals, such as nickel, chromium and cadmium. This has endangered the human rights of the indigenous communities who use the Lake for fishing and as their main source of fresh water.

The Guatemalan government has continuously failed to comply with international and national legislation and judicial decisions demanding it to respect the rights of indigenous communities. Front Line Defenders has previously reported on violations against indigenous and land rights defenders in the country. On 4 February 2017, Abelino Chub Caal, an indigenous Maya-Q’eqchi' defender, was detained and falsely charged with aggravated land grabbing, arson, coercion, illicit association, and belonging to illicit armed groups. He remains in detention as he waits for his case to be judged. On 17 September 2016, shots were fired outside the home of Angélica Choc in El Estor, where she slept with her two children. The next morning, the human rights defender discovered at least four shots were fired at the wall surrounding her home. Angélica Choc along with 12 other plaintiffs, sued the company Hudbay Minerals and its Guatemalan subsidiary CGN in Canada, in an unprecedented effort to bring justice to their Maya-Q’eqchi' community.

In 2011, Rodrigo Tot, president of the Agua Caliente community in El Estor and winner of the 2017 Goldman Environmental Prize, filed a lawsuit against the government of Guatemala to prove the community’s ownership of the land. Despite the fact that several pages of the official land registry were intentionally removed, the Guatemalan Supreme Court ruled in favour of the communal ownership of land for the Agua Caliente community, thus reaffirming the necessity for the State to seek the approval of local communities before issuing mining permits on their land which could violate their human rights. The government had not complied yet with the decision.

2. Carry out an immediate, thorough and impartial investigation into the killing of Carlos Maaz Coc with a view to publishing the results and bringing those responsible to justice in accordance with international standards;

3. Take measures to ensure that government officials or other public figures refrain from making statements or declarations stigmatising the legitimate work of human rights defenders;

4. Take all necessary measures, in consultation with the defenders, to guarantee the physical and psychological integrity and security of El Estor Maya-Q’eqchi' communities, including members of GPA;

5. Cease targeting all human rights defenders in Guatemala and guarantee in all circumstances that they are able to carry out their legitimate human rights activities without fear of reprisals and free of all restrictions including judicial harassment.