About Badie Dweik
Status:
Summoned
About the situation 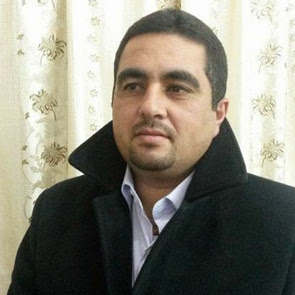 On 9 August 2017, Badie Dweik received a phone call from an Israeli intelligence officer summoning him  for interrogation at Etzion detention centre on Monday 14 August 2017 at 9.00 AM. The facility is located in the illegal Gush Etzion settlement in the occupied West Bank. Human rights groups have reported instances of severe torture and ill treatment at the detention centre. The summons comes several days after a raid on the human rights defender’s home on 4 August 2017. During the raid, Badie Dweik was beaten, interrogated and threatened with arrest if he participated in the peaceful demonstration due to take place that same day in Khursa, Dura. The military commander also threatened the human rights defender with further raids on his home if he continued his work with the Human Rights Defenders Palestine group.

On 4 August 2017, Imad Abu Shamsiyya was arrested and detained by Israeli forces after participating in and documenting a peaceful ‘pray in’ demonstration in Khursa village in Hebron earlier that day. Military forces arrested him after conducting a raid on his home. He was taken for interrogation at Gilbert checkpoint, held overnight and released on 5 August 2017 without charge.

Front Line Defenders condemns the harassment of members of the Human Rights Defenders Palestine group, as it believes these actions to be directly connected with their peaceful and legitimate work in defence of human rights.

On 4 August 2017, Israeli soldiers conducted a raid of the home of Badie Dweik in Hebron. Israeli forces physically attacked the human rights defender and threatened him with arrest if he participates in a peaceful protest due to take place that same day at Khursa, Dura in Hebron.

In the early morning of 4 August 2017, Israeli soldiers raided the home of Badie Dweik in Hebron. The Israeli soldiers entered the human rights defender’s home and forcibly dragged him down the stairs. Badie Dweik was beaten, interrogated and threatened with arrest if he participated in a peaceful protest due to take place that same day in Khursa, Dura. The military commander also threatened the human rights defender with continued raids on his home if he continues his work with Human Rights Defenders Group.

Front Line Defenders would also like to highlight the increased repression of human rights defenders and civil society in the OPT. In particular, Front Line Defenders is concerned by the increasing number of raids being conducted in recent weeks by military forces on media institutions documenting rights violations against Palestinians. Additionally, intimidation,  arbitrary arrests, beatings, threats, and interrogation have been reported by MADA (The Palestinian Center for Development and Media Freedoms).

Front Line Defenders condemns the raid, threats and physical attack against human rights defender Badie Dweik by Israeli authorities as it believes these actions to be directly connected with his peaceful and legitimate work in defense of human rights.

1. Carry out an immediate, thorough and impartial investigation into the intimidation and threats against Badie Dweik, with a view to publishing the results and bringing those responsible to justice in accordance with international standards;

2. Stop all forms of harassment against Badie Dweik and all other human rights defenders in the Occupied Palestinian Territory and in Hebron specifically;

3. Ensure the safety of Badie Dweik and all other human rights defenders in the Occupied Palestinian Territory;

4. Guarantee in all circumstances that all human rights defenders in the Occupied Palestinian Territory are able to carry out their legitimate human rights activities without fear of reprisals and free of all restrictions.